The NCAA is a lot of things. It is an association that generates unprecedented amounts of revenue through Power 5 Division 1 schools, mainly through football and basketball, which are multimillion dollar industries.

It is an association that generates unprecedented amounts of revenue for specific conferences through television deals and conference networks.

It is an association that can afford to pay average salaries upwards of a million dollars to head coaches in football and basketball. But most importantly, the NCAA is an organization with strict rules in place that prevent athletes from such money gains.

Because of this, there are constant scandals each year involving money being funded to athletes in order to get them to play at a certain school, hire certain agents, sign certain deals, or various other commitments in exchange for cash.

The most recent issue involves numerous college basketball programs and coaches and officials who are part of a fraud and bribery scheme that has been investigated by the FBI. It involved major shoe company executives and even Nike’s own grassroots AAU creation, the EYBL. This scandal is one of the most widespread in quite a while and restarts the conversation of “Something needs to change.” Will it? Probably not.

Many people, fans, and basketball insiders alike, will confess outrage at this most recent scandal as they always do. Coaches and athletic directors have been and will be fired. Schools may receive postseason penalties, lose scholarships, or be forced to vacate wins. There might be a combination of all 3.

Then, the collective group of said fans and insiders will talk about change and what needs to happen. Then, the college basketball season will start and we’ll all forget about any of this and enjoy the sports as we have always done. 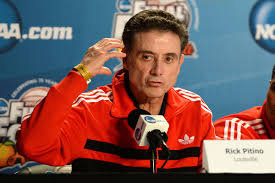 Since the start of 2016, there have been around 10 or so scandals in college football and basketball. They range from academic fraud at North Carolina, sexual misconduct with escorts within the Louisville Men’s Basketball Program, and a bevy of infractions against Ole Miss’ Football Program. What this represents is that part of the fabric of college sports is rule breaking.

A scandal in college football and basketball is going to happen every year. That is a guaranteed bet. As long as there is as much money to be made as there is currently, these issues will continue to haunt the NCAA. Everyone is making tons of legal money within the NCAA blueprint except for college athletes.

Clearly, there is money that can be made under the table for these athletes and they are taking it in exchange for commitments. Why wouldn’t they? The majority of revenue generated in college sports lies with the athletes. Not coaches. Not high-ranking officials.

So, getting back the money they create, whether it is legal or not, will be something athletes continue to do and college coaches and officials will continue breaking rules to secure these athletes. The cycle will continue as it has been doing for years.

Nothing is going to change. The NCAA is too strict of an organization to change its rules. But there is too much money at pay for athletes, coaches, high-ranking officials, and the like for rules not to be broken, as we see time and time again.

The only thing that will change in the future is how we as spectators react. There is no need to feign outrage and shock. There is no need to suggest changes that should take place. When the next college sports scandal flashes across your TV screen, keep flipping channels in search of a real news story that may actually bring about some change.