We are only a couple weeks back from the All-Star break and already we are seeing some impressive numbers from Boston Celtics guard, Isaiah Thomas. But what is it that drives the two-time Eastern Conference All-Star, and potential MVP candidate?

Being the current leader of the NBA’s all-time winningest franchise, one can expect the pressure to be pretty evident for the young player out of the University of Washington. However, for Thomas, pressure has been non-existent since he has stepped onto a basketball court.

Standing at 5-foot-9 inches, Thomas is listed as the shortest player currently playing in the NBA, but that has not stopped him from defining himself as one of the best players in the league, as well as the leading fourth quarter scorer come crunch time.

As you can imagine for a player of his caliber, it took a lot of work. Some could even argue that it required him to work a little harder to get where he is then a lot of other stars around the league.

Isaiah Thomas was never a highly sought-after player in his high school days, or even college. In fact, Isaiah was the very last pick in the 2011 NBA draft. Having success with such little provided to him, one can understand why he has taken the world of sports by storm.

He has not only been an influence for his team but to many young people watching basketball, a sport that generally requires a lot of God-given attributes such as height and athleticism, Isaiah has defied the stereotypical look for what a professional basketball player is and made it his own. 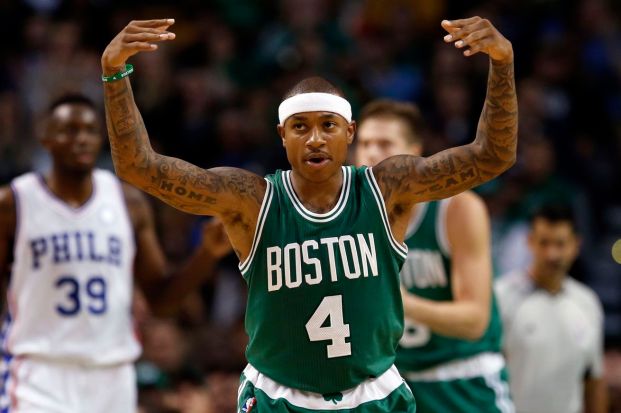 You don’t see flashy dunks or insane blocks. Rather, what you do see though is hard work and a product of what doubt has driven him to become. The NBA needed a guy like Isaiah Thomas, not for their sake, but for the kid who is always the last pick at their school pickup games because they lack the “athletic look.”

He has become their source of confidence and hope. For one to say this is all about basketball, they would be wrong; we can correlate these ideas into anything in life.

Thomas has established himself as a symbol for breaking stereotypes in an age where that sort of thing runs rampant throughout the news and has caused heavy controversy amongst the peace in our country.

To be a perfect person is an intangible feat, everyone on this earth has their flaws that hold them back. But maybe if the world could look at those imperfections with an Isaiah Thomas state of mind, who knows what we could become going forward.