It is almost time for the biggest sporting event in the world: the Summer Olympic Games. Every four years, the world watches in amazement as their favorite athletes come together for the ultimate competitions.

Countries that have been given the honor to host the Olympic Games spend years building arenas, hotels, and housing for the athletes, and in fact, most countries are informed seven years in advance that they will host the Summer Olympic games. Brazil was no different.

But what is the real cost of the Olympics?

Immediately after being chosen to host the 2016 Olympic games, Brazil quickly got to work. Given that they are the first South American country to host the Olympics, it was clear that Brazil had to make a good first impression, in the same way that South Africa had to with the World Cup in 2010.

However, there was a massive problem in the city of Rio de Janeiro that many did not think about: the favelas. Favela is a Portuguese word for slums, and it is estimated that there are more than 1,000 favelas in Rio alone with more than 1.5 million residents. Despite the narrow alleys and mountains of trash, the people of these favelas actually contribute a great deal to the Brazilian economy, and many of the homes in the neighborhoods are structurally sound, including electricity and running water.

Unfortunately, favelas are seen as unsightly and bad for the city, so the Brazilian government began demolishing these neighborhoods to make way for the Olympic games. Between 2009 and 2015, it is estimated that more than 22,000 families have been left homeless due to the construction. 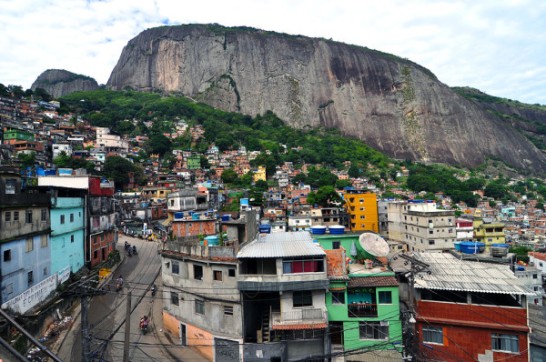 For many people, this is hard to grasp and often hard to relate to. While the United States has its own issues with poverty, it does not compare to the favelas. However, we can see the same impact in American cities as we do in Brazil. Take, for instance, the 1996 Olympics in Atlanta, GA. While some of us were not even alive, many of our parents attended. For me personally, my parents and my brothers attended many of the events downtown.

Atlanta was notorious for giving homeless people one-way bus tickets out of the city in order to make the city look better. Many believe that this was ridiculous and inhumane because it left many people with nowhere to go. This was something my family witnessed firsthand. When my mother moved to Atlanta in 1979, the young 18-year old noticed an issue inside the city: panhandling.

“They would bombard you on the streets,” she said. “They would hound you until you finally gave them money, and tourists used to complain to the city about it. It was relentless.” It was clear that panhandling was an issue in the city that needed to be dealt with. However, rather than working with charities to help people find housing or provide more funding to shelters so that they could provide more beds, the city of Atlanta swept hundreds of people under the rug to save their image on the world stage.

This is the same thing that we are seeing in Rio today.

The Brazilian government and the mayor of Rio de Janeiro have offered many displaced citizens places at homeless shelters in an effort to appease them. Unfortunately, many of the shelters are filled with petty criminals and drug addicts, and because most of the families have small children, they refuse to stay there. This leaves many families either on the streets or forced to leave the city entirely and drift further and further away from international attention.

The question that comes up is this: does this change the way we view the Olympics? For some, the answer is no. The games themselves are a celebration of human athleticism and global unity. It is a time where we forget about all of the problems plaguing our nations to watch our favorite athletes compete for our nation’s glory. Honestly, I find it to be a beautiful thing, and in a world that is more connected than ever, I find it to be a necessary thing. On the other hand, we cannot forget how these games impact the everyday individual.

In an effort to make their country look good on the world stage, many leaders attempt to cover up and conceal domestic ills and put on their best face for the media, and in the process people are tossed to the wayside and forgotten about for many years before and after the Olympics.

The point of this article is not to blame the Games. In all fairness, the fact that the world can come together for sport and celebrate all that makes us human with very few major incidents is remarkable in this day and age.

However, should we ask ourselves who is really bearing the cost of the games? And is the price too high?