Last Thursday was a site of madness across the global media at the result that the citizens of the United Kingdom had voted to leave the European Union via referendum. The end result of the voting sent shockwaves throughout Europe and the entire world, especially when looking at the stock markets at the end of Friday. In the U.S., the Dow Jones dropped more than 600 points on Friday, leading the average 401k to drop more than $3,000 in one day. Abroad, the British Pound dropped to its lowest value in over 30 years and altogether, the global market lost $2.1 trillion in a single day, with over $800 billion in the U.S. alone. To top it off, British Prime Minister David Cameron announced that he would be resigning this coming October after his efforts to keep the U.K. in the E.U. failed.

Why all the madness? What is the meaning of Brexit and why has it brought so much chaos in a single day?

The United Kingdom has been in deep debate on “Brexit” or the British exit from the European Union but has picked up this year. Why would the U.K. want to leave the E.U.? The arguments have been centered on economics as well as immigration. For the Brexit camp, they argue that the E.U. have left the U.K. trapped in their trade deals that overrule the U.K.’s own rules. The Brexit camp has taken a Donald Trump-esque approach to the issue of Brexit by claiming Brexit would be taking their country back. In fact, Donald Trump himself stated that Brexit “is a great thing” and that indeed, the U.K. has “taken back their country”. 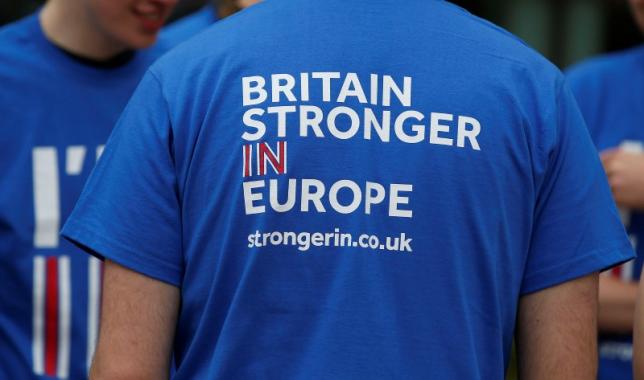 Much like the United States election, a central issue is immigration. As Victor Reklaitis of MarketWatch stated in an article, “The EU has struggled to address the migrant crisis effectively, and Brexiteers argue the U.K. needs to avoid getting dragged down by the bloc’s actions of lack of thereof.” With an independence from the European Union, the United Kingdom wouldn’t have to abide by the E.U. and their approach of the ongoing migrant crisis with numerous immigrants flooding into Europe, mainly from the Middle East.

The United Kingdom voted to leave the E.U., but what was the cost of this momentous action? As those who supported remaining in the E.U. argued, the Brexit may, in turn, weaken the British economy. As Jenny Gross and Jason Douglas state in the Wall Street Journal, Brexit may affect individual households by costing them $6,000+ per year and decrease the British economy by 6% by 2030. The cost of leaving the E.U. may outweigh the gains that the United Kingdom may earn.

European Union members have crucial benefits when it comes to trade, benefits that the United Kingdom may no longer have due to Brexit. As TheWeek state in an article, “The EU is a single market in which no tariffs are imposed on imports and exports between member states”. Also, as the E.U. is a large trading partner with the United States, the U.K. possibly won’t be able to benefit from the trade between the two. The United Kingdom, although getting ready to proceed with divorcing itself from the E.U., may still be bound by trading rules and regulations when trading within the E.U. and even the U.S., which may affect how the U.K. plans its own trade policies. Because of this, those supporting the U.K. to remain in the E.U. are afraid of the uncertainty of what will come to the British economy and trade after Brexit.

As immigration goes, the United Kingdom will come with a similar debacle. If the U.K. decides to reinforce its borders to safeguard itself from the ongoing migrant crisis and future immigration hikes, the United Kingdom will be turning away labor that typically comes cheaper, which will raise the costs companies pay for wages, which may lead to an increase in prices for goods in the U.K., which has been an argument that Brexit supporters have countered, stating that the regulations that the E.U. places on U.K. increases the price of food.

If this the first time you’ve heard these arguments, you aren’t alone. In fact, even the voters in the United Kingdom may have been voting partially blind. As Fortune explains, a leading internet search in the U.K. was “What is the E.U.?” hours after the referendum had been announced to be in favor of Brexit. After the decision was made official, common google questions concerning the E.U. coming from U.K. users included “What does it mean to leave the E.U.?”. “Which countries are in the E.U.?”, among others. Despite the ignorance and confusion of the basics of Brexit and the E.U., the United Kingdom voted 52%-48% to leave the E.U., with more than 17 million Brits voting to leave.

An interesting follow-up to the Brexit results will be the discussion of Scotland leaving the United Kingdom. Although a referendum voted on in September 2014 decided by a 55%-45% vote that Scotland would not be an independent country, there may be a new push. The U.K. had argued a Scotland leave would strongly damage the region and perhaps Europe and the world much like how Brexit would. In the Brexit vote, Scotland voted overwhelming with a 62%-38% vote for the U.K. to remain in the European Union. If the markets stabilize, Scotland would have an argument that Brexit didn’t have a devastating blow to Europe and the world and because Scotland highly preferred to remain in the E.U., the push for Scottish Independence would be valid.

Just a few days removed from the Brexit vote, there is still uncertainty of what will come from the actions of June 23rd, 2016. What is certain is that there will be vital changes if the U.K. officially parts from the European Union, which may spread in a domino effect of countries abandoning the E.U., potential Scottish independence and impacts that may be felt worldwide. Only time will tell.