Keys to the series:

Khari Pressley – It’s no secret that the Warriors love to set high ball screens in order to get the opposing big men out on the perimeter guarding Steph Curry. From there, it’s either a cookout or a quick pass to set Golden State’s offense in motion. OKC was so effective defending this in the WCF because of the versatility and relative quickness of Ibaka and Adams. The Cavs don’t have an Ibaka or an Adams, so they’re going to have to find a way to prevent Steph from cooking their big guys from behind the arc.

They will probably try to double Steph out of the pick and roll like they did last year, but an improved Draymond Green is even more capable of making them pay in the 4 on 3 situations this strategy would create.

The Cavs are going to have to decide between trapping Curry and leaving the rest of their defense at a disadvantage or leaving their big men on an island and hoping for the best.

2. Cleveland’s bench must be productive.

Jaylon Thompson-  We have seen it before. The Cavs get rolling from three-point range and it is over. Just ask the Atlanta Hawks after the Cavs rained 20 threes in their face. But the Cavs bench still has the tendency to be on sleep mode. This happened against the Detroit Pistons in Game 3 and 4 of the series. Cleveland had a big lead and he bench let them down.

Also, the Cavs only go 8 deep on the team. So they have to rely on Channing Frye, Delly, and Iman Shumpert to get the job done. While they are good, they Cavs need more. Look for Mo Williams or dare I say it, James Jones to potentially help the Cavs stay in it. 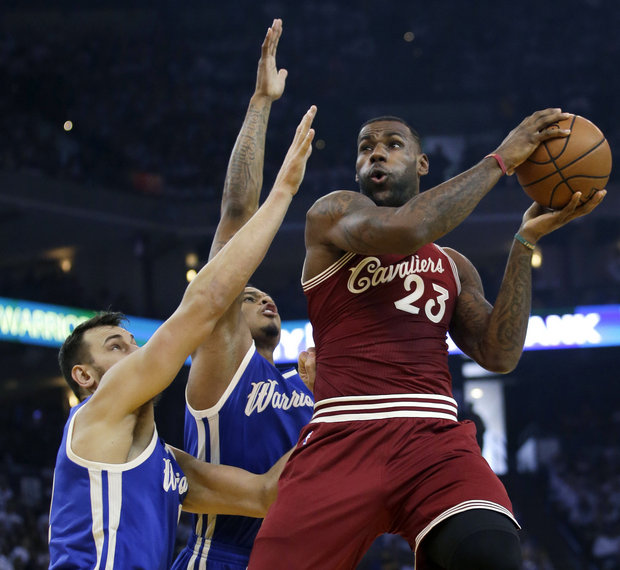 Tyree Brown- Looking at Cleveland, we can easily say this is not last year’s team.  Cleveland has been playing at a new level this playoffs, all thanks to the health of a couple key components.

In last year’s final, LeBron James faced the Warriors with a broken team. There were four inactive players, including the Cavaliers second leading scorer Kyrie Irving, who was lost in game one of last year’s matchup. Irving is averaging 24 points a game in the playoff thus far. Coupled with James, the duo playing well means a win for the Cavs.

However, even with a healthy team, the Cavs were not able to beat the Warriors during their two regular season match-ups, one of which ended in a 132-98 blow-out victory for Golden State. So what does a healthy Cavaliers team have to do to beat the Warriors? They must keep up with the fast pace tempo. A shot clock means nothing to a team with shooters who can toss a three with 20 seconds left of the shot clock. Eliminating the amount of three’s is key for Cleveland if they want to contain the high scoring of the Warriors.

Match-ups to look out for:

Jaylon Thompson- There are a lot of matchups to look out for in this series. The most underrated one is Tyronn Lue vs Steve Kerr. Both coaches haven’t coached more than two seasons combined. However, the edge goes to Kerr because he has been here before. He isn’t afraid of the pressure that the NBA Finals presents. We don’t know that about Lue. He has only coached the Cavs for a handful of games. He also hasn’t faced real adversity. So, it will be important to see if Lue can out-coach Kerr in a battle of X’s and O’s.

Andrew Porter- One glaring advantage that Oklahoma City had over Golden State in the Western Conference Finals was rebounding. On the offensive end, 87 rebounds for the Thunder allowed for many second and third chance opportunities that paid huge dividends.

Cleveland must punish GS on the boards. If they can dominate on the glass; Tristan Thompson is the key word here. He ate the Warriors alive last year averaging 13 rebounds per game and is the best rebounder in the game in my opinion. He is going to need a similar performance this year to give the Cavaliers a chance to win.

Sammy Smith- The Cleveland Cavaliers have been the best 3-point shooting team this postseason, shooting 43.4 percent and making 14.4 3-pointers a game. While Golden State boasts arguably the two best shooters in the league, Stephen Curry and Klay Thompson, the battle from behind the arc is going to be very interesting.

Of course LeBron James is going to get his numbers. That shouldn’t be the worry of Golden State. The Warriors must limit opportunities from 3-point land for others on the team. About 37 percent of Cleveland’s made field goals have come from deep this postseason, a 10 percent increase from the regular season.

Forcing Cleveland’s shooters off the 3-point line could prove vital in these Finals, and because the Warriors were the second best team in the NBA guarding the 3-point line this, it’s safe to assume that they know how to do this.

Kennington Smith- Normally you wouldn’t categorize a member of a Big 3 as an x-factor, but this is potentially the biggest series of Kevin Love’s career. Love can be a very efficient and dangerous player at times; knocking down perimeter shots, grabbing rebounds and throwing precise outlet passes to jumpstart fast breaks. However, he also has spells where he seems very lost, unable to find a place on offense and a defensive liability.

Where Kevin Love needs to find his place in this series is on defense. He will undoubtedly be placed in pick and roll situations in which he’ll be matched one-on-one with Steph Curry (unfortunately pick and roll defense is one of his biggest weaknesses). It is imperative that he can be as disruptive as possible on these plays as well as being an active member on the defensive boards.

Offensively, he needs to continue to be a force beyond the arc as he was against the Raptors (44%). Serge Ibaka was unable to knock down several open 3-point chances against the Warriors, if given the same looks, Love must deliver. 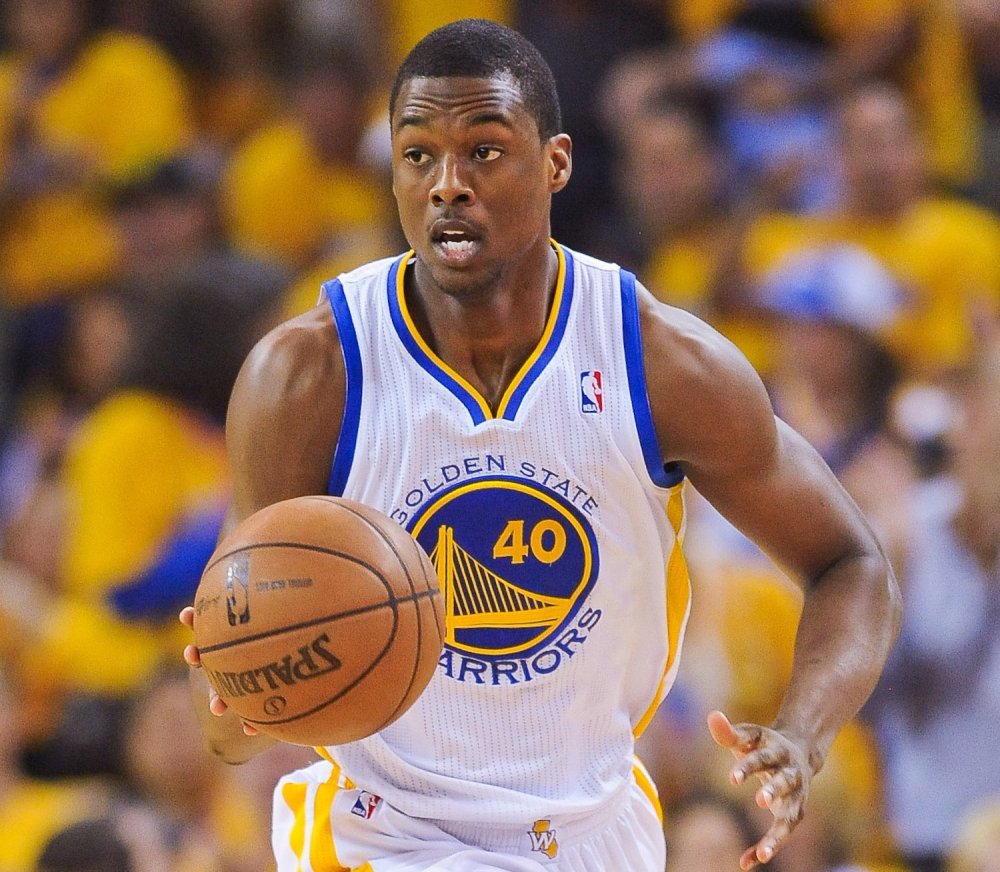 Khari Pressley- As I stated earlier, I believe the Cavs are going to try and double team Steph out of pick and rolls, this will give the other four guys plenty of opportunities to make plays. As he heads into free agency, this will be a huge platform for HB to show that he’s a guy worth paying a lot of money. Tristan Thompson made himself 80 million dollars during last years Finals, I’m thinking HB can do the same if he can score efficiently, defend well and lead the second unit. 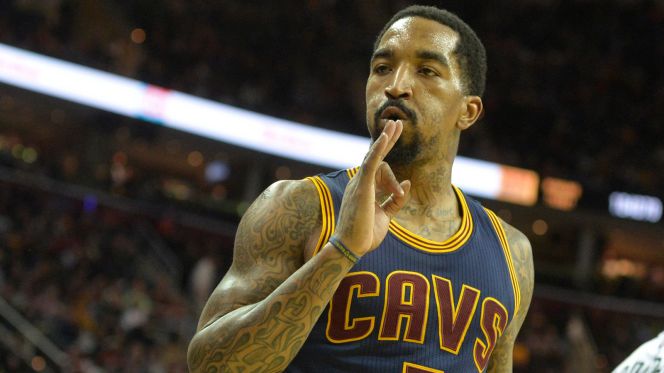 Khari Pressley- Will we get good JR or bad JR? Smith has been playing well throughout the Finals, especially defensively, but he has yet to undergo a challenge that requires as much focus as defending Klay Thompson and Stephen Curry. The Splash Brothers will be in motion all night running off screens and will really test JR’s commitment to the cause.

Plus, chasing those two guys all night might make him tired on the offensive end which is a bad look for a long range shooter. We all know JR is good for an occasional lapse in judgment; the question is if he can limit them before it gets ugly. 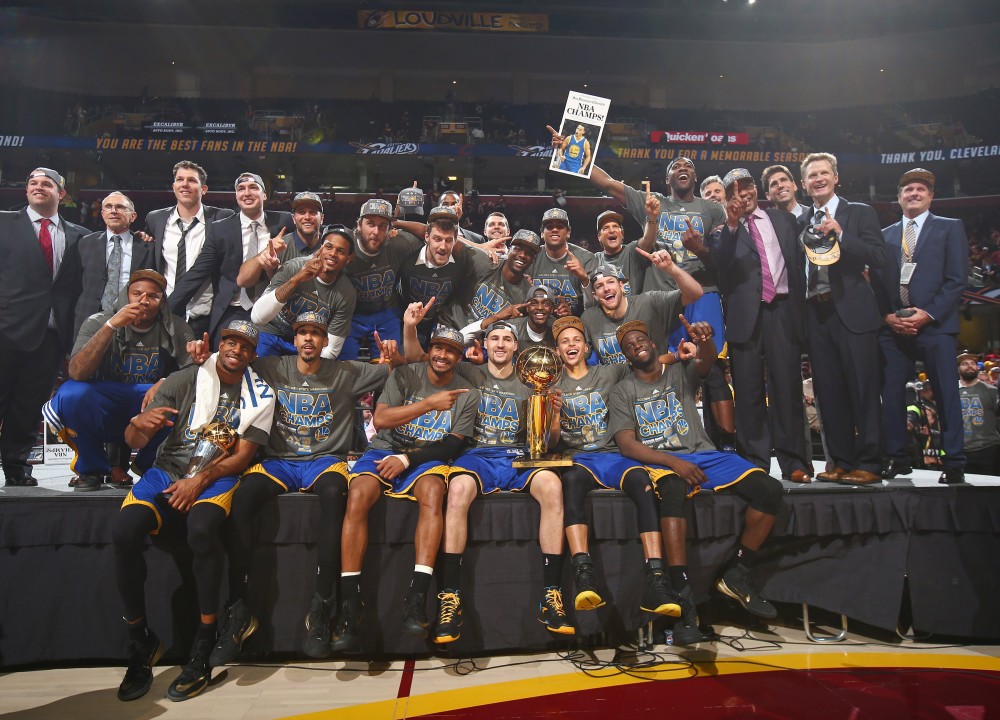 Tyree Brown- I believe the series will come down to a 4-2 game six victory in Cleveland for the Cavaliers. James and the Cavs are a much more healthy and stronger team than last year’s Golden State opponent. Expect to see a tough, entertaining series.

AJ Porter- Cavs in 6 or 7. It doesn’t make sense at all, but can we really imagine LeBron losing another NBA finals? Yeah sure I may be biased, but this is Lebron. He can do it all. If he could get it to 6 last year without his main guys, who knows what could happen this year? Honestly he’s going to have to play with reckless abandonment every night because them boys from Golden State are on another level.

Khari Pressley- It’s no secret that I’m a proud Warriors fan, but like it or not, this breakdown makes a lot of basketball sense. I’ve looked at this series a lot of different ways but I just can’t see the Cavs winning if Golden State plays the way they’ve played all season. Barring a historic meltdown, I see the Dubs vindicating last year’s championship run and taking care of the Cavs in 5 games, 6 games tops. #ArrogantSZN

Matt Mataxas- I got to go Warriors in 6.