As many already know, the University of Georgia is in the middle of the construction of the new $30 million indoor facility. While this facility is anticipated to be one of the best in the Southeastern conference and lure several recruits, the UGA track team yet again, received the short end of the stick.

According to an article by MileSplit, the state of Georgia has the top track and field athletes in the USA. Considering this, it is hard to grasp the fact that the state of Georgia still does not have an indoor track at any major university. The building will include a 65-meter sprint straightaway and jumping pits, however, a full indoor track still will not be implemented.

Despite both teams being ranked in the Top-10 of the U.S. Track & Field and Cross Country Coaches Association, UGA still remains as one of the two SEC school without an indoor track facility. With the success of both the men’s and women’s track teams recently, this is an extremely disrespectful move.

“Upset? Yes. Surprised? No.” said senior Christian Harrison. “Despite our track team being nationally ranked in the top 10 consistently, track has always lived in the shadows of football and basketball at this school.”

The most ironic and hypocritical part about the oversight of the track team is the fact that junior phenom Kendell Williams, consecutive three-time NCAA indoor champion in the Pentathlon, was used as the primary speaker at the ground breaking ceremony to speak on how the new facility will benefit the track teams.

$30 million is a large amount of money to simply primarily focus on one team. Yes, the football program does bring in the most revenue to the university, but to again neglect the needs of the track team is extremely questionable on the part of the athletic association.

Going through intense college-level track workouts is challenging enough, but having to complete the workouts in sub 30-degree weather makes the task even more difficult to manage. How often does the football team even need to use an indoor facility during the months of November through March anyway?

“It gets cold probably the last few games of the football season,” Harrison said, “that leaves football to have maybe one bowl game to practice for during the winter. The track team has a full indoor season to practice and compete for.”

Just like the new indoor facility is expected to be great for football recruiting, the same thing goes for the track program as well. An addition of an indoor track could bring in recruits from all over the country who may have doubts about practicing in the cold weather.

“Practicing in the cold weather increases risks for injuries, especially for sprinters and jumpers,” said Harrison. 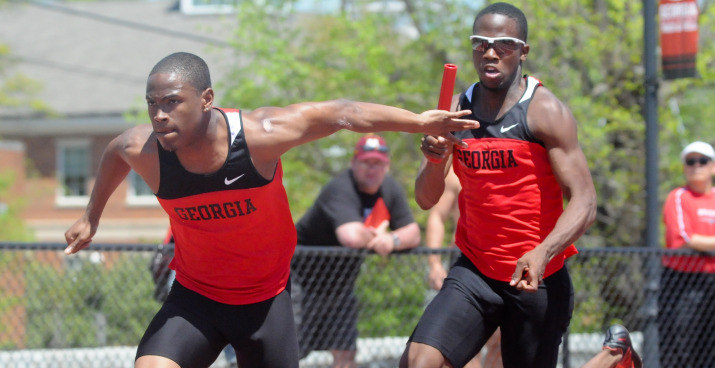 While Athletic Director Greg McGarity stated that this facility would benefit all athletic programs, there is no doubt that the primary purpose of the new facility will be to court football recruits. Both the men and women’s track teams at UGA show that they are each a part of one of the top programs in the country and the fact that $30 million is being spent on an indoor facility that ultimately won’t include an indoor track is a slap in the face.

Track and field is one of the most under-appreciated sports. The work and dedication that these athletes put into their craft should not be overlooked or bypassed.