End-to-end action.  The clock ticks under a minute.  Down by a goal, one team pulls its goalie and fires shots on goal at every chance.  The opposition keeps trying to clear the puck.  The one goaltender left on the ice makes a save with a few seconds left.  Players are gassed.  The next faceoff comes almost right away.  A goal at the buzzer ties the game.  We’re going to overtime.  Sudden death.

It is almost playoff time in the NHL and NBA.  Each league follows the same format: Eight teams from each conference qualify and then play best-of-seven series until there is only one left to lift the trophy. 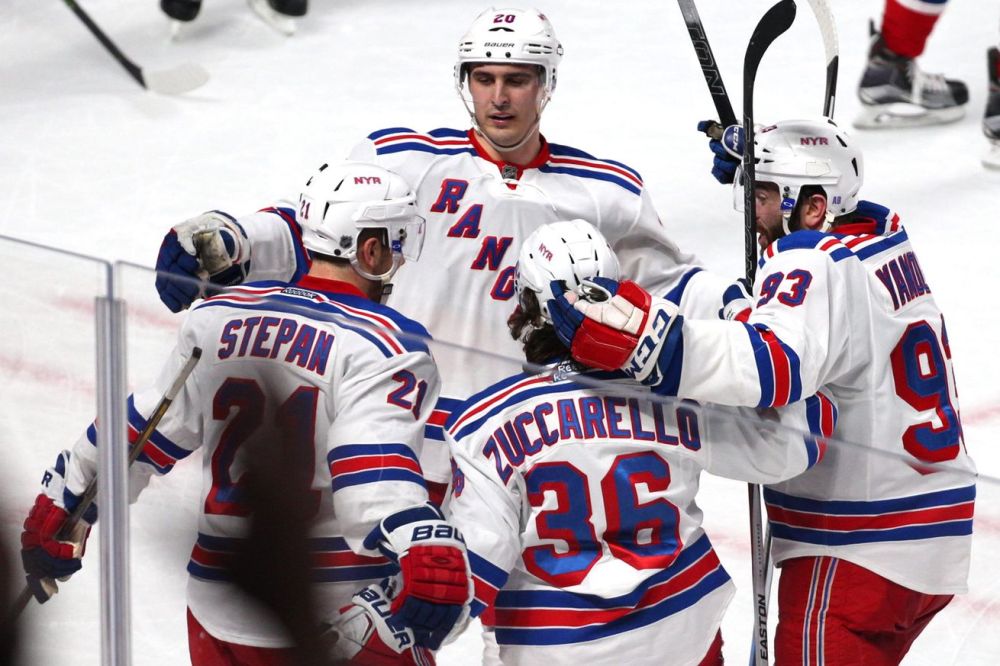 If you watch anything over the next two months, please, I implore you, watch the Stanley Cup Playoffs.  Game for game, round for round, they are better than the NBA Playoffs.  And it’s not close.

Last season, the Stanley Cup playoffs featured 19 overtime games, 10 of which came in the first round.  Over in the NBA, there were eight total that went to OT.  Only four of the 15 NHL series lasted fewer than six games, while seven of the NBA’s were over in four or five games.

Those who remain in favor of the NBA’s postseason point to its intimacy and star power as factors that put it over the top.  But these qualities seem to be intangible.  I’ll call each of them a draw because high-fiving a player after he drills a 3-pointer is just as awesome as having your team’s heavy hitter deposit his opposition into the glass in front of you.

And as for star power, Patrick Kane can take over a game just as ruthlessly as Stephen Curry.

What really separates the NHL postseason from its NBA counterpart is the game action itself, emphasis on action, especially late.  Hockey’s third periods are frantic.  Bodies fly across the ice.  The puck zips from stick to stick.  Every two-on-one or three-on-two rush could lead to the game-deciding goal.

This kind of skill and desperation from world-class and role players creates real drama every night that often goes unduplicated in the NBA.  At times it seems like the action might only stop when the clock hits zero, which brings me into my next point.

The last two minutes of an NBA game are the longest in the world of sports.  In the NHL, each team gets one 30-second timeout per game.  That’s it.  Television timeouts are limited.  Play moves along so well, and the product is infinitely better.  NBA teams get about 10 timeouts per quarter to go with 10 for TV, at least that’s what it feels like.  It’s excruciatingly brutal.  If you tune into a close NBA playoff game with two minutes left, first watch one of the episodes of Modern Family on your DVR.  Or try one of these activities.  You’ll still see the end of the game live. True story.

Finally, if you’re still on the fence about whether to give your allegiance to the NBA or NHL, allow me to introduce you to the greatest spectacle in sports: Sudden.  Death.  Overtime.

Hearts pound.  One goal for all the glory.  No other sport does it.  Games, series, and legacies are decided in these extra periods, which sometimes are not even enough.  Five games went into double or triple overtime in last season’s NHL playoffs.

To make these marathons even better, ESPN’s John Buccigross invented what will become your new favorite game, the #bucciovertimechallenge.  Play along on Twitter to this game within the game, find an even newer love for hockey’s playoffs, and maybe even win a prize.

While the Golden State Warriors are up by 30 in the fourth quarter, you’ll be more concerned with whether Sidney Crosby or Evgeni Malkin scores in OT for the Pittsburgh Penguins.

So during this spring and early summer, when your favorite NBA team has the night off or has already been eliminated, give the guys in the NHL a shot.  The chase for Lord Stanley’s Cup is the best championship pursuit in pro sports.  Don’t be surprised if you can’t take your eyes off of it.