On February 14, 2016, after much anticipation, Kanye West officially released his seventh solo studio album The Life of Pablo As Ye finished his Saturday Night Life performance of “Ultralight Beam,” he frantically and maniacally announced to the world that the album was now available…on Tidal.com.

Eager fans immediately downloaded the app to register for the free 30-day trial. Some attempted to hold off until the album became available elsewhere – that is, until Kanye himself tweeted that his album would “never never never be on Apple. And it will never be for sale… You can only get it on Tidal”.

It seemed as if Kanye was setting himself up for failure because in its first two days of release the album was pirated at least 500,000 times.

Although Tidal shot to the top of Apple’s app store following the release of the album, isstreaming-only content really the future of the music industry (if you ask this paparazzo the answer is no)?

It is known that currently streaming services are very lucrative for film and television. We live in an era of Netflix, Hulu, and HBOGo. As of 2016, Netflix has over 75 million streaming subscribers.

Netflix has ventured into the original content realm and with exclusive television shows and movies the service has grown into a powerhouse. But rarely do people say they subscribed to a music service such as Tidal for the exclusive content (unless they’re a die-hard Beyonce fan). 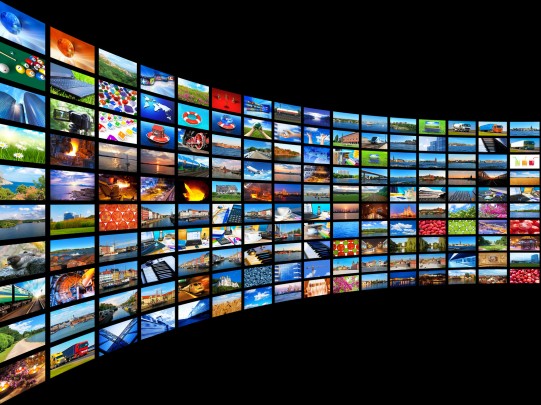 There’s also the problem of some artists not wanting their music streamed on certain services. In 2014, Taylor Swift pulled all of her songs from Spotify due to her displeasure with the royalties artists were being paid (less than 1 cent per every stream ). As of March 2016, Adele’s recent “25” album is still unavailable on all streaming services. In an exclusive interview with TIME Magazine, Adele said “I don’t use streaming. I buy my music. I download it, and I buy a physical [copy] just to make up for the fact that someone else somewhere isn’t. It’s a bit disposable, streaming. I know that streaming music is the future, but it’s not the only way to consume music.”

Clearly rejecting streaming didn’t hurt the singer because as of February 2016 the album has sold over 8 million copies.

But the perks of music streaming services are just too good to let pass for most people. College students love Spotify’s $5 a month student discount. Apple enthusiasts live for the ability to have the entire iTunes catalog at the palm of their hands with Apple Music. And both services offer Offline modes that allows users to take their downloaded music with them anywhere without using their devices’ data or WiFi.

I admit, I was skeptical about music streaming myself. I believed there was numerous other avenues for me to get my music, and they would also be mine to keep whether I downloaded the music or bought physical copies.

However, my stance has since been changed. Music streaming services may not be replacing physical copies (or even pirated downloads – sorry, Kanye) but it is certainly ushering in a new era in the way we receive our music.