As the final buzzer sounded in Bobby Dodd Stadium, the Georgia football team wrapped up their 2015 regular season with a 13-7 win over its in-state rival Georgia Tech.

Mark Richt is in the middle of his postgame interview when he’s asked about his job security.

The very next morning, an announcement came down that sent shockwaves not only through Bulldog fans but the college football landscape: Mark Richt had been fired.

During his tenure starting in 2001, Richt turned Georgia into one of college football’s most successful programs. While at Georgia, Richt posted a 145-51 record with two SEC championships and six SEC East division titles. During this time, Georgia averaged 9.6 wins per year. 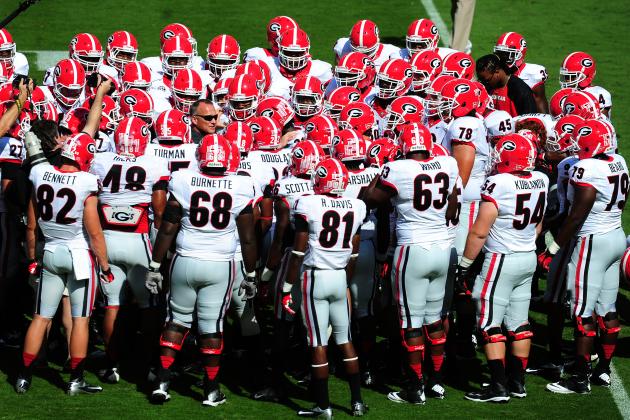 Richt was praised as being one of the best men in college athletics, voted on by his fellow coaches as the coach they would want their son to play for. The firing of a coach with this reputation on and off the field had many wondering what Georgia’s motive was for this move.

However, a look further into the numbers show that Richt wasn’t as successful as one would think.

Georgia won 10+ games in five of Richt’s first seven seasons, with four division titles and two SEC championships. In his last eight seasons, Georgia had 10+ win seasons only four times, two division titles and zero SEC championships. Since 2002, Richt put more players into the NFL (79) than any other coach, but the six coaches behind him on this list have won a national championship in that same time span. Since 2008, Georgia is 14-21 against ranked opponents and has finished unranked three times.

Perhaps the most critical fact was the success of other SEC teams while he was at Georgia. The SEC’s famed eight-year consecutive national championship streak spread across four teams, none of them Georgia. New edition to the SEC, Missouri, won the SEC East in its second and third year in the SEC, and this is despite the fact that Georgia’s averaged the #8 recruiting class recruiting ranking era (2006-present).

By all accounts, though very successful, Mark Richt did not meet the expectations of an elite college football program, prompting athletic director Greg McGarity to move in a different direction.

The search was short and direct. Within a week, the Bulldogs had their new man.

A UGA graduate in 1999, Smart enjoyed a successful football career where he ranks fourth all-time in interceptions, named to the All-SEC team in his senior season and was a four-year member of the All-SEC academic honor roll. He served as an assistant on the Georgia coaching staff both in 1999 as an administrative assistant and in 2005 as the running backs coach.

But where Smart made a name for himself was at the University of Alabama. Since taking over as defensive coordinator in 2008, Alabama has had the most dominating defense in the country. In that time, his defenses have given up the fewest points per game (13.2), yards per game (263.7), yards per play (4.3) and total quarterback rating (27.9) en route to Alabama winning three BCS national championships and this past year’s college football playoff championship.

He was recognized accordingly for his work, winning the 2009 Broyles Award as college football’s top assistant coach and the 2012 AFCA Assistant Coach of the Year.

It’s been proven time and time again, there is no guarantee that being a great coordinator translates to being a great head coach. As a coordinator, you only have to manage one side of the ball; all of your hours are devoted to one unit. Conversely, head coaches must devote the same amount of hours to an entire team, making sure every unit improves.

Yes, Smart’s trained by the best but there will undoubtedly be a learning curve as a first year coach. He’s also facing an uphill battle. Smart’s tasked with taking a good program and making them elite, in the nation’s toughest conference, without any head coaching experience.

SEC fans remember the Will Muschamp experiment. Once the hottest coordinator on the market, Florida hired Muschamp away from Texas; where he was the head coach-in-waiting. Florida fired him after he tallied a 28-21 record in four years.

He’s had the job for several months, and he’s taking the necessary steps to build a solid foundation, starting with building his coaching staff.

Offensively is where Georgia really struggled last year, especially after the loss of star running back Nick Chubb. Lack of consistency at quarterback and lack of big plays down the field plagued the Bulldogs all season.

An early innovator of the spread offense, Chaney is known for coaching pro bowl quarterback Drew Brees at Purdue. His offense was known around the nation as “basketball on grass.” Chaney’s no stranger to the SEC either, having been an offensive coordinator at Tennessee (2009-2012) and Arkansas (2013-2014).

Defensively, Georgia shined. Under former defensive coordinator Jeremy Pruitt, who replaces Smart at Alabama, Georgia ranked No. 1 in the country in pass defense, No. 8 in total defense and No. 10 in scoring defense.

It’s on this side of the ball where Smart is bringing in some Alabama influence.

He pinned Mel Tucker as his defensive coordinator and secondary coach. Tucker was Alabama’s secondary coach last year and was an NFL DC for nine years before then. Joining Tucker will be inside linebackers coach Glenn Schumann, who was a graduate assistant under Smart. Outside linebackers coach Kevin Sherrer and defensive line coach Tracy Rocker were retained from the previous staff.

With his staff in place, Smart turned his focus to what he does best other than stop offenses: recruiting. A master in that area, Smart is a major reason why Alabama has had the top rated recruiting class for the past six years.

As any new head coach would, Smart and his staff (in a relatively short time) had to establish relationships with the current commits and convince any other targets to side with them rather than looking elsewhere.

In this category, Smart receives an A+.

With the decision of five star WR Demetris Robertson still looming, Smart has the chance to put the feather in his cap for #Squad16. Smart has emphasized that he will stop at nothing to close Georgia’s borders from other schools.

UGA’s recruiting class of 2017 has seven commits, all of which are from Georgia.

He’s going a step further in securing these borders by recently hosting a “Freshman Day”, where the top 50 ranked freshmen were invited to visit the school; an event that’s the first of its kind. 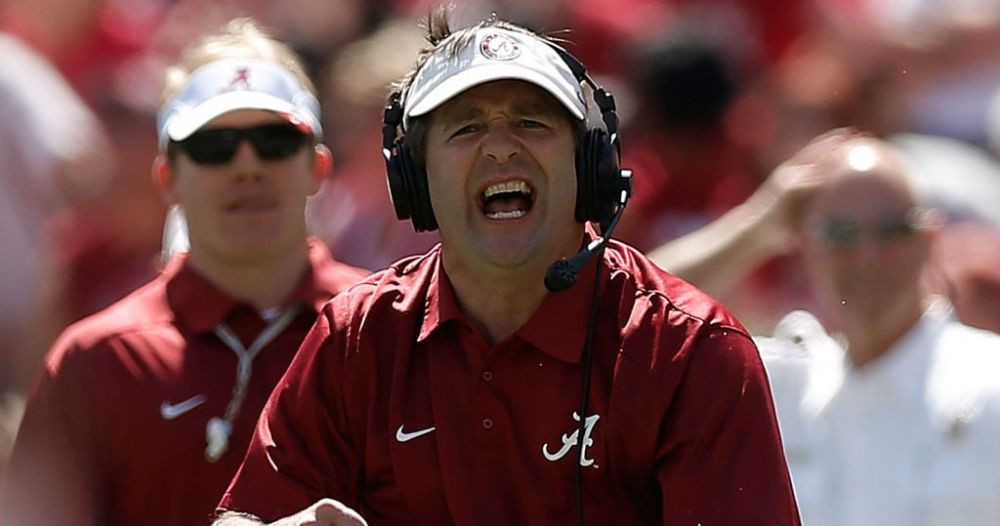 As “Finish the Drill” has become “Attack the Day,” Smart continues to establish his own culture for UGA football. In the midst of spring practice, many are wondering what his brand of football will look like. His first opportunity to showcase it will be G-Day on April 16, in which he’s calling for a packed Sanford Stadium. From there, all eyes will be on the anticipated season opener against North Carolina in the Chick-Fil-A Kickoff Game.

Until then, the debates will continue, but there are a few things are certain:

First, Smart has taken an unconventional path to Georgia. He didn’t go to a smaller school to work his way up. He waited it out and got the job he wanted. Second, Smart knows he’s ready for this opportunity, and third, UGA knows they got the right man for the job.

Above all, the question remains of if Kirby Smart will take the Bulldogs to the heights that Mark Richt couldn’t.

Let’s re-visit this article in five years or so.