It’s 9:30am on a Tuesday as I sit in the front row of my Sociology class. It’s the first class of the day so I’m a little sluggish. The minute hand begins to make its lap around the clock as the discussion progresses.

Other students are engaging with the professor, offering responses to his questions on inequality. And there I am. Just sitting there. Am I really even in the class?

I want to speak up. I want to offer my input. I want to contribute too. But the words just don’t seem to form in my head.

It’s not that I don’t find the topic interesting, I do. I just don’t know what to say. And it seems that when I do find what I want to say someone has beaten me to it.

The bell rings and now I go about the rest of my day in a funk. I’m mad at myself for not speaking up and frustrated because I can’t figure out why. Is it fear? And if so, fear of what?

Fear of vulnerability. But why? What could’ve caused this? I wasn’t always this way. I used to pride myself on being the first one to shoot my hand up in class. I was the elementary school know-it-all. I had to have all the answers and I wanted everyone to know it. But as I got older that slowly changed.

I didn’t want to be heard like that. With each year, I found myself beginning to become more complacent with shrinking into the background. I really only spoke up around people I was comfortable with. It’s a habit. I thought I’d have grown out of by now…

I analyze myself and I discover that at the root of the problem is the fact that I just can’t stand to be wrong. I’m unreasonably hard on myself when I don’t have the answers to everything or when something doesn’t go the way that I want it to.

So, why would I want to be wrong in front of a group of people if I can’t even internally deal with being wrong?

I’d rather not say anything than take the risk of saying something embarrassingly dumb.

Which also explains why I constantly get people asking me,

“Can you say that a little louder?”

I’ve shrunken myself so much that I’ve adopted a soft tone to my voice. Almost like I don’t even want to be heard even when I do. The scariest part about that is that I’ve grown to be comfortable with it.

Being shrunken has become a comfort zone. But as anyone who has gone through a semester of higher education knows, college is no place for comfort zones.

And then, my ego kicks in. What do I have to be scared of? I don’t know these people. Why I should I care about these people?

And why should I care enough about what they think of me to branch out of my comfort zone?

Someone whose advice I always value tells me what I don’t want to hear: closed mouths don’t get fed.

When you stop being so guarded with everything, you build connections with people. People trust you. And when people see you for who you are, as a person who has something to offer instead of someone who just idly stands by, more doors open than you could imagine. 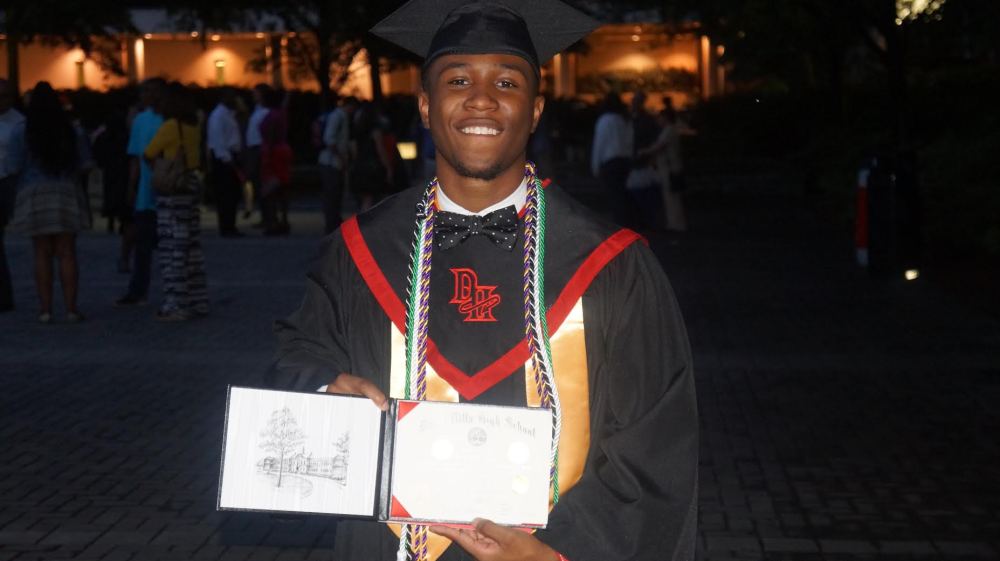 But first you have to take the first step. Take the leap and speak up.

As for the fear of being wrong, nobody is perfect. If that were the case, the world would be pretty crowded with an overabundance of arrogant individuals because everybody would have all the answers.

Learning never stops. Be open to being wrong because it’s how you learn. It’s cool, you don’t have to have the answers.

Later in the week, I’ll attend my History breakout session; classroom participation in discussions are 20% of the grade…

As I said earlier, college is no place for comfort zones. But then again, neither is life.