2015 may be one of the greatest years for sports to date. We saw the fight we’ve been begging for, although most of us might have fallen asleep after Round 3. We saw the first triple crown winner in over 35 years.

We saw a changing of the guard (literally) in the NBA. And in tennis and the NFL, some things never change. Here are the Top 15 Sport Moments of 2015 followed by ELITE’s crowning of our Athlete of 2015. 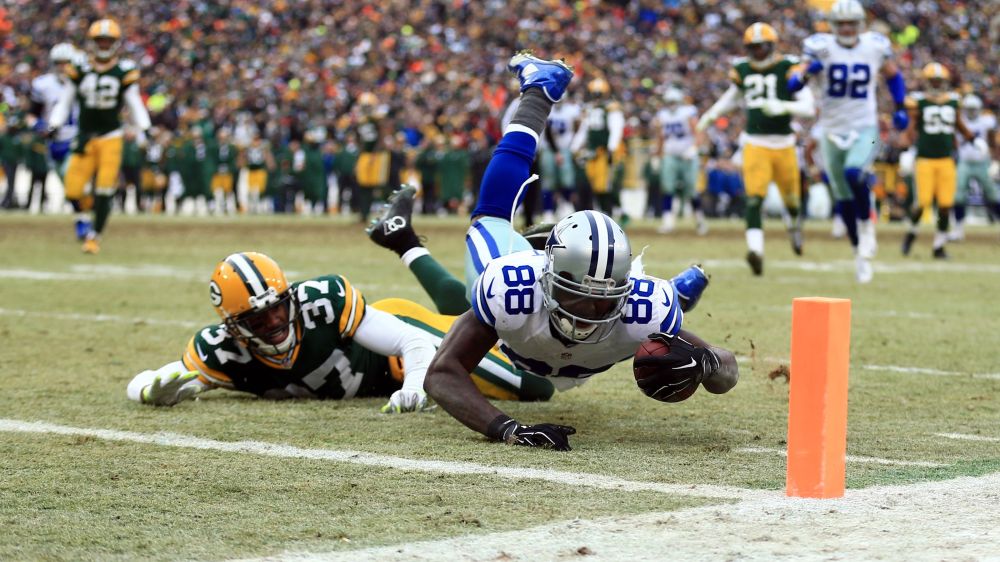 The Cowboys best chance at a Super Bowl title since the Irvin-Aikman-Smith regime, the Cowboys were in prime position. They had already visited Seattle earlier in the year and beat the Seahawks, rather convincingly. Before that potential NFC Championship, they had to defeat a hobbled Aaron Rodgers and the Packers in Lambeau.

Dez Bryant made the play along the sideline, or did he? One thing remains after this, I still have no clue what a catch is. 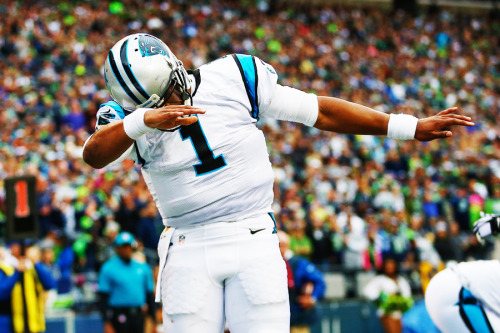 I blame Cameron Newton for this. Congrats on your soon to be MVP Award. Congrats on a great season for you and the Panthers. But if I see one more coach, grandfather, or anyone over the age of 30 dab, I might go insane. 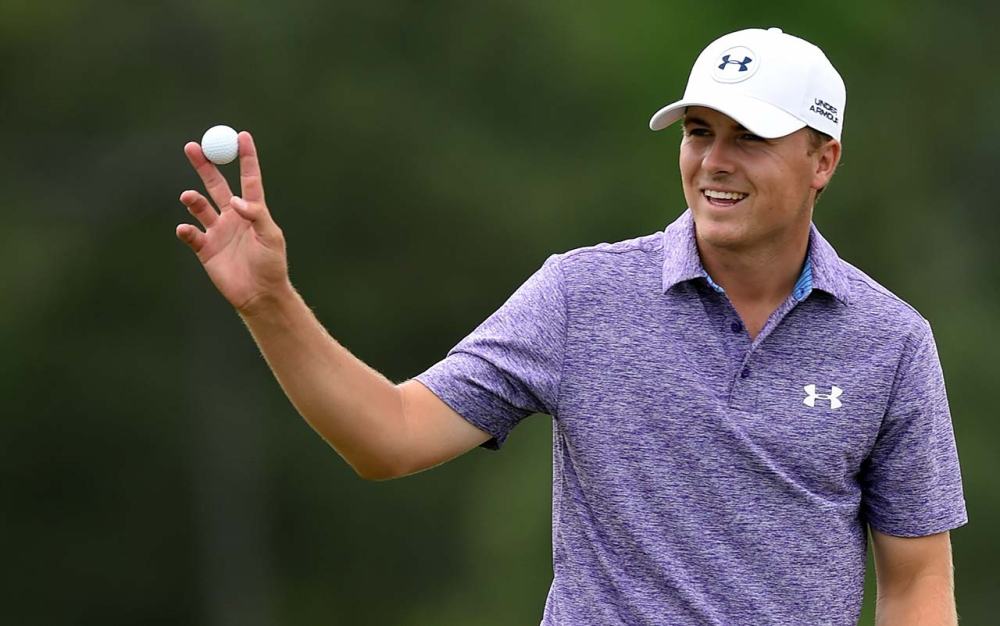 It is Jordan Spieth’s world, we are just living in it. Spieth attempted a triple crown of his own trying to win The British Open after securing the Master’s and The US Open earlier in the year. Spieth fell strokes short, but not for a lack of trying or dramatics. 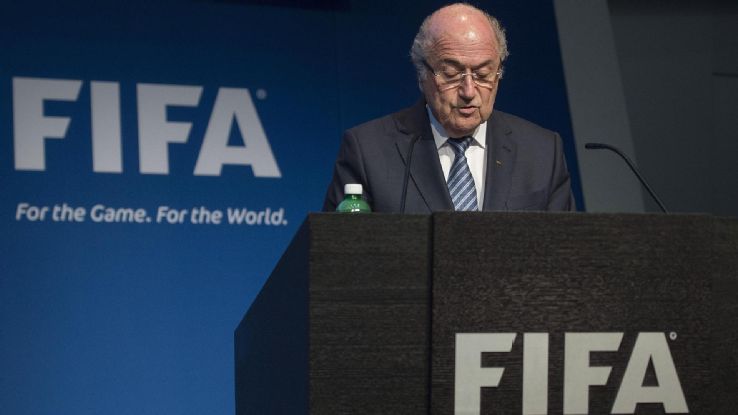 When news broke that FIFA President Sepp Blatter was a part of the corruption scandal, the sporting world went into a frenzy. After a resignation, then not resignation, then firing, we are still trying to get our footing and so is Blatter.

Ronda Rousey was atop the sports world. 2015 was her year. She made UFC popular. The world was her oyster. She even wanted to fight Floyd Mayweather. I mean, she was in Entourage. Then, she decided to keep it real. One Holly Holm kick later, we are all wondering what happened.

And no, neither fighter was robbed in Las Vegas that night. No scorecard was false. No one bent the rules. Instead, the people who payed for the PPV were robbed. At the least, we got the Denzel meme out of this night. 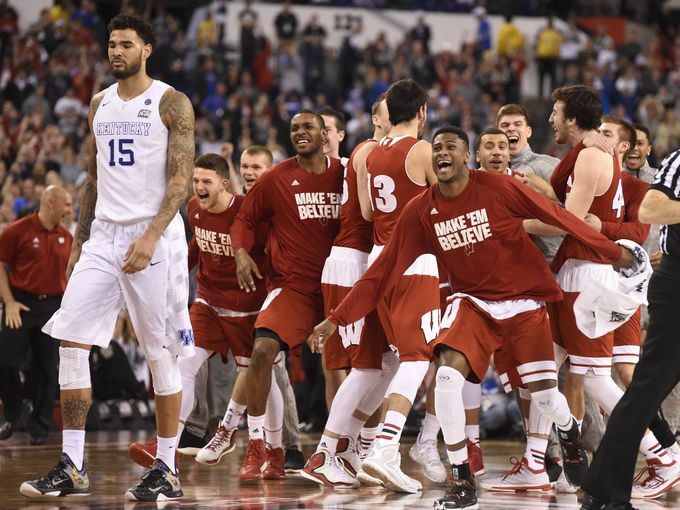 They were the overwhelming tournament favorite. They were supposed to go undefeated. We were just minutes away from a Duke-UK National Championship. The game everyone wanted. But, Bo Ryan’s Wisconsin Badgers led by Frank Kaminsky had other plans. 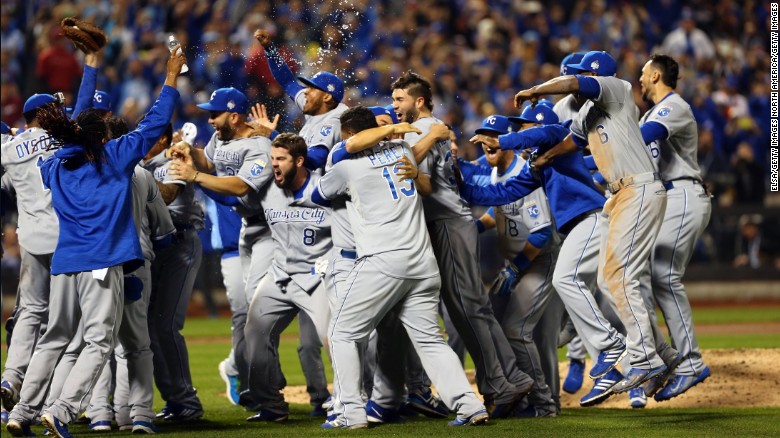 They finally did it. After a 30 year drought, and almost breaking it the year before, the Kansas City Royals captured the first World Series title in over 30 years. Small market teams can not only compete, but can beat the big dogs.

People questioned the legitimacy of their NBA Championship. People said that there’s no way they can repeat in a crowded West.

How did the Warriors respond? With 24 consecutive wins to start a season. Fans across the country were on Warriors watch to see when, and if the defending champions could ever lose.

6. Give Him the Damn Ball

Hypothetical question: You are one yard away from winning the Super Bowl and your running back is Marshawn “You know why I’m here” Lynch. Do you run HB Dive, HB Power, or HB Counter?

Wrong. You run quick slants. Malcolm Butler stepped in front of a Russell Wilson pass and the Patriots win their 4th Super Bowl under Belichick.

After losing to Japan in dramatic fashion in 2011, USWNT took down Japan in the finals this year to capture the World Cup. In what would be Abby Wambach’s final World Cup, they had all Americans in a frenzy this summer.

American Pharaoh did what no other race horse has down in over 37 years, win the Triple Crown. 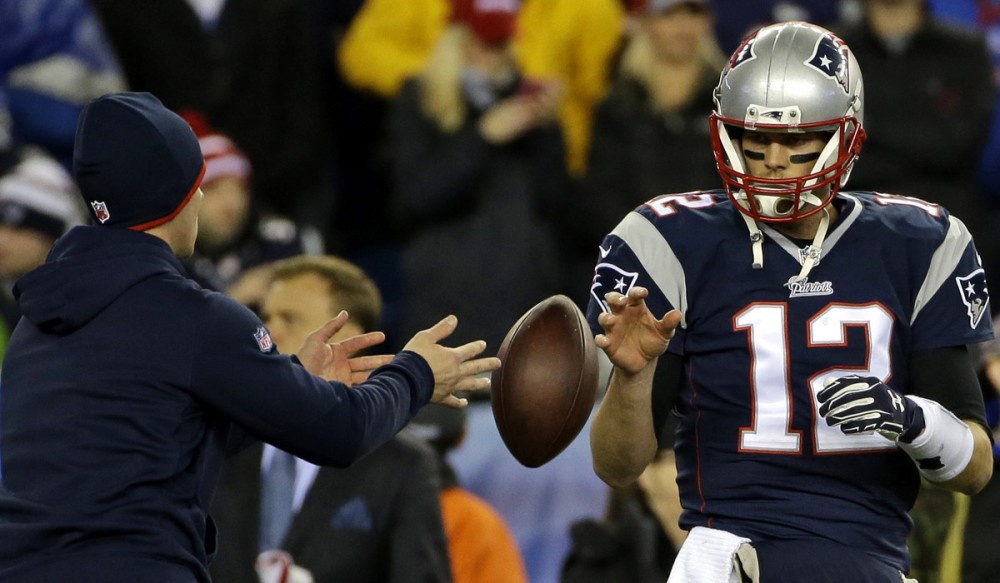 In making this list, It’s “more probable than not” that Deflate Gate would find it’s way on the list. I’m thankful. I now know what a psi is and how what level the footballs should be at for regulation. So thank you. Thank you for that valuable information. I tried to reach Brady for comment, but of course, he couldn’t be reached by cell phone.

Deflate Gate would be the driving force for the Patriots this season. Brady with yet another MVP caliber season and somehow the Patriots get mad at the rest of us for something they got caught doing… again. 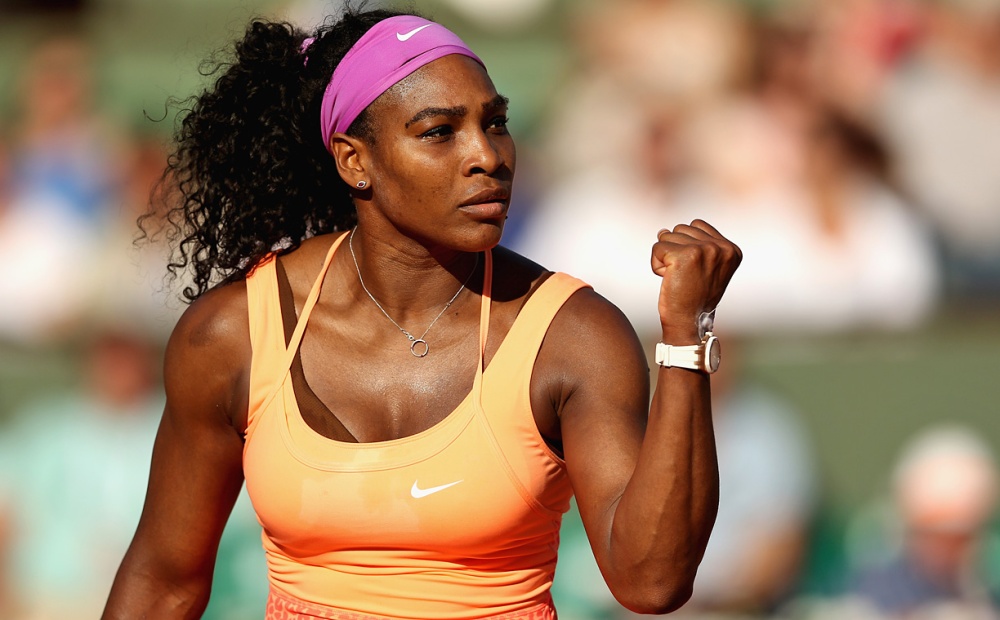 This wasn’t supposed to happen. She is supposed to be at the tail end of her career. After we saw Serena barely able to stand a couple years ago, we questioned how long she could keep going. 4 majors later, I seem to be out of questions. She came so close to a calendar slam, but I’ll guess Ms. Williams will just have to settle for second career Serena Slam

There hasn’t been a year like Steph Curry just had since Jordan. I thought LeBron would be the best player in the game for years, but Curry had other plans. A jump shooting team can’t win the Finals. Wrong. Your PG can’t be your best player. Wrong. Dellavedova is highly annoying. Correct.

What separated Curry’s year vs Serena was two things. One, Curry finished the drill. Not that what Serena did wasn’t impressive, but if she finishes it off with the US Open, she’s No. 1. Curry was the league MVP, won the Finals, and in my opinion has replaced LeBron as the No.1 player in the league.

ELITE Athlete of the Year: