The first quarter of the NFL season in already in the books. (yet, somehow, the MLB season trails on.) Teams are beginning to establish their strengths and weaknesses (since just about every team talks itself into its own hype before the season starts), and certain trends are beginning to emerge.

Of course, many of the things we think we know about this season so far will be turned on their heads in the span of a few weeks. Again, only a fourth of this season has been played. But here is how the teams stack up so far, with ten comments on some of the more intriguing teams.

Oh, and there are also markings provided to indicate which teams would make the playoffs if the season ended today. Well, based on their record combined with their ranking, which is ridiculous, but so is this whole exercise four weeks into a season that doesn’t end until 2016. Anyways, here it goes:

This defense delivered another dominant performance against a (sometimes) solid Vikings offense, and the offense may finally be finding its groove. Let’s not get it twisted; the defense is still doing the heavy-lifting for essentially the first time in Peyton Manning’s career, and he is still performing in the bottom half of the league’s quarterbacks. But if he can capture even a sliver of his former brilliance, the Patriots may actually have a challenge in the AFC. 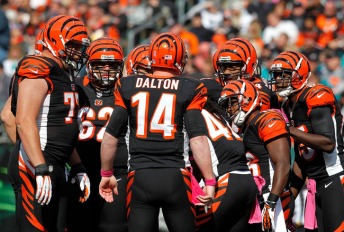 It’s time for us to stop letting Andy Dalton (who has actually been excellent so far) keep us from recognizing how good this team has been up to this point. A.J. Green doubters look foolish, the defense has fixed last year’s pass rushing problem and looks dominant, and the running game picked up where it left off last year.

None of this matters if they lose in the first round again, but if they keep this up they might not be playing until the second week of the playoffs anyway. 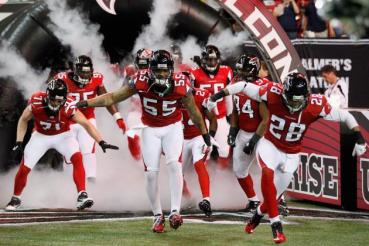 The Falcons and Panthers are in a similar position; both are undefeated, and both teams have mixed close games and blowouts against sub-par competition. It remains to be seen whether either is a real contender, or just feasting on a favorable schedule. The only problem with that: for the most part, the only real competition these teams will face in the regular season is each other.

The defense is as impressive as advertised, but the real surprise, and the reason for their winning record, is the surprising fluidity of this offense. The running game is clicking, and Ryan Fitzpatrick is playing better than even head coach Todd Bowles likely imagined. Fitzpatrick currently has a QBR of 64.5, which is just outside of the league’s top 10.

For all of the public feuding, (unfounded) questioning of Andrew Luck’s ability and (founded) questions of his durability while receiving weekly beatings on Sundays, this team is exactly where most predicted in the offseason: first place in a very weak AFC South.

This team (Giants) should be 4-0, in all honesty, but the adage that you are your record is accurate in this case; this team has enough to be competitive in most games, but also has some key fundamental flaws.

Plus, with Tony Romo still out for some time, it doesn’t need to be in a wide-open NFC East.

Before we bury this team (Chiefs) let’s look at their schedule: their last three games, they’ve played the Broncos, Packers and Bengals, three of the league’s six undefeated teams. Next week they play the Bears. Let’s wait until they actually lose to a team with a notch in the loss column before we write them off.

Coverage of this team suddenly went from, “What is Chip Kelly doing?” to, “Chip Kelly is a genius” after the Eagles dominated the preseason (people seemed to forget that this was a thing.

It should be noted that geniuses don’t usually sign players to $63 million deals who then become meme fertilizer during their first game with the team. Or sign running backs to five-year deals who proceed to average 1.62 yards per carry.

It’s probably apparent to anyone who watched Detroit take the defending NFC champs to the brink in Seattle that the Lions aren’t the worst team in the NFL. It’s more accurate to call them the most unlucky team in the league. The Lions probably don’t see much of a difference, and, unfortunately for them, neither does the standings. 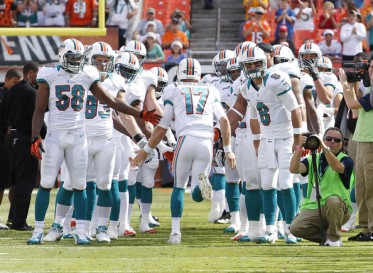 It remains to be seen whether firing head coach Joe Philbin four games into the season will have any tangible benefit this year. Maybe the Dolphins front office thinks it will create a sense of urgency within the organization, which would be nice for once; since Hall of Fame QB Dan Marino retired, this team has been to the postseason three times in 15 years, with the last time coming in 2008.

There are less talented teams in the league, but not many teams would switch places with Miami at the moment – although Detroit would be happy to exchange records, and Houston would love to switch quarterbacks.