Mac Miller’s tenure in the rap game has been an interesting one, marked with ups and downs in regard to quality and subject matter alike. His breakthrough mixtape, K.I.D.S, was met with much deserved acclaim, presenting lax rhymes over nice drum-kicks, which combined for a very refreshing and light experience.

Next, now having been centered firmly on the slope of the mountainous rap scene, Mac delivered an array of projects in 2011, including Best Day Ever and Blue Slide Park. These two projects, though being very commercially permeable, were lackluster in both direction and delivery. Mac clearly hadn’t yet found his sound.

However, in 2013, Mac released a very colorful, flavored, and balanced project in his second studio feat, Watching Movies with the Sound Off. In this feat, we received tracks with self-loathing introspection, party bangers, love regrets, and everything in between. It’s worth noting that his collaboration and affiliation with (former) Odd Future lyrical phenom Earl Sweatshirt had a very apparent influence on his subject matter and delivery. 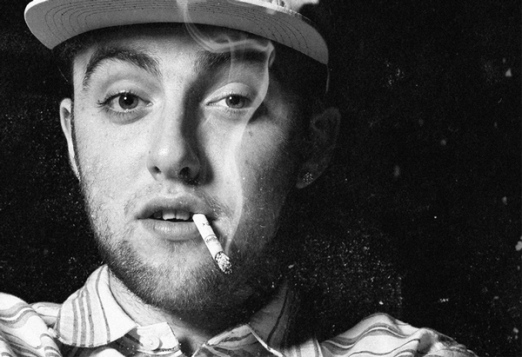 The atmosphere of Mac’s took on a much more brooding, drug-ridden approach, with subject matter revolving around loneliness and mistakes that probably should be frowned upon, but aren’t. This style was most prevalent on his most recent mixtape, Faces. A 24-track journey through alleyways, carnivals, and the depths of his mind, Faces showed Mac at his lowest, and also his most artistically creative. He even produced a decent amount of the songs on this tape, to much success.

Before the release of this album, Mac announced that he was no longer as indulgent in the drugs, and that this album would come from a much happier place. Admittedly, this gave me the impression that this project would be lackluster, due to the fact that his last two successes were so heavily reliant on his drugged-out state of mind.

GO:OD AM opens with a dreamy, Tyler the Creator produced introduction which alludes and sets a solid precedent for the sound of the project. Instrumentally, this album is definitely much more invigorating and less depressing than his last two efforts.

It returns to Watching Movies with the Sound Off in this aspect, returning to its colorful and layered presentation. The singles “100 Grandkids” and “Break the Law” are prime examples of this, and Mac provides sharp and witty wordplay on these tracks, especially the former.

A great surprise on GO:OD AM is the various flows that he utilizes. Unlike his last two projects, Mac shows lyrical tenacity at many points, as he rides the banging beats on tracks such as “Rush Hour” and “Cut the Check”. This adds an interesting, new dynamic to the album, as it “snapping” isn’t something that really comes to mind when discussing Mac Miller.

He typically rides the beat, coasting on his junky-esque delivery. Mac’s newfound happiness, for lack of a better term, translates well. The heavily-layered and ambitious production complements this attitude, which gives GO:OD AM a very distinct personality. “Jump” makes for the best example of this, as the beat is unrelenting and is decorated with flying synthetics, combined with Mac’s light-hearted delivery and hopeful antics.

An unfortunate circumstance of the album is its features. Truthfully, none of them seem necessary, just obligatory add-ons. Miguel seems very misplaced. Lil B delivers nothing but a vapid monologue. Ab-Soul delivers another haphazard sequence of doodoo bars. And Chief Keef can’t flow on a Mac beat like Mac can flow on Keef’s “I Just Wanna.”

Also, and this is an issue that has stood with Mac for a long while, his lyrics can be very childish and cliché at times. “ROS”, this project’s token love song, though very sap, is an excellent display of recycled mantras. The only thing preventing Mac from producing a great album is his tendency to lack originality at crucial moments on the album, but other than that, he is cohesive and consistent with his subject matter, his atmosphere, his delivery, and his choice in instrumentals.