Of the over 26,000 students at the University of Georgia, there exists a special group of students who make up 7.5 percent of the undergraduate population. This percentage is the demographic representative of the African American/Black population, affectionately known as BUGA, or Black UGA.

Explaining what BUGA is to those who are unaffiliated can be a difficult task because different people have different ideas of what BUGA is. For second year marketing major, Mikhala Nelson, BUGA is a conglomerate of like-minded students.

“Black UGA is a network of students at our university who are basically trying to be great together, fellowship with each other, and basically get through life at a predominantly white institution by creating unity between each other,” she said. 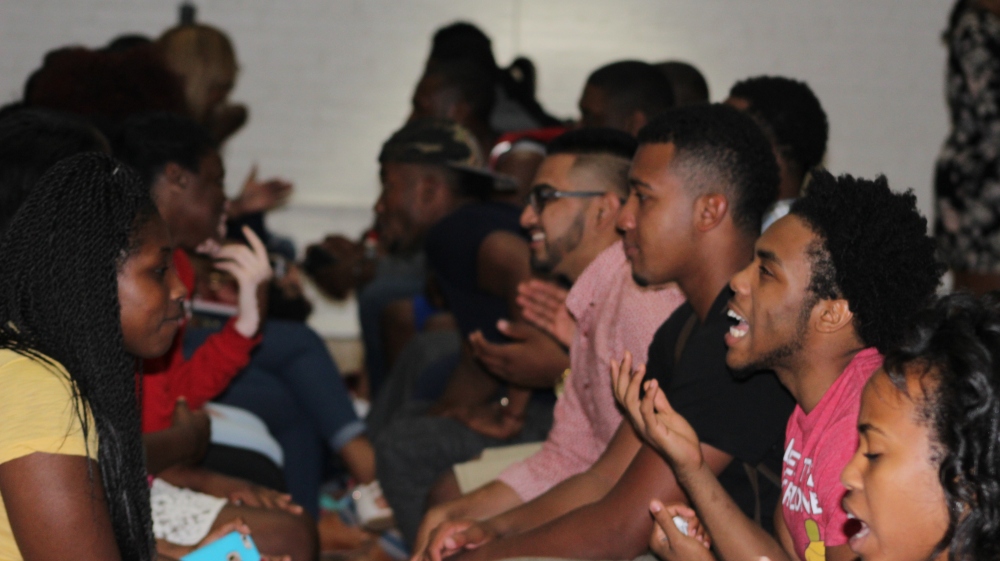 “I would love to say that BUGA is the overall African American community at UGA; however, that’s not the case,” he said. “BUGA is a majority of black students here who have found each other through forums, social media, and functions thrown by black orgs who all socialize with each other on varying degrees.”

Regardless of your viewpoint, BUGA is important, because it encompasses a group of underrepresented students who have talents, dreams, and aspirations that are worth noting.

Everyone who was interviewed had their own personal feelings and opinions on what BUGA is and who is included. One of the biggest and most referenced things regarding BUGA is “Tate Time”.

Tate Time is a social gathering amongst black students that occurs in the Dean William Tate Student Center every day between 11 a.m. and 2 p.m.

Much like BUGA, the origins of Tate Time are hard to trace to a specific person or group; however, the legacy has continued throughout groups in BUGA.

Tate Time allows for large groups of students to meet, eat and socialize with one another in between classes. Although Tate Time is a very informal setting, it is culturally important because here, black culture is spread through conversations, camaraderie and the occasional debate. 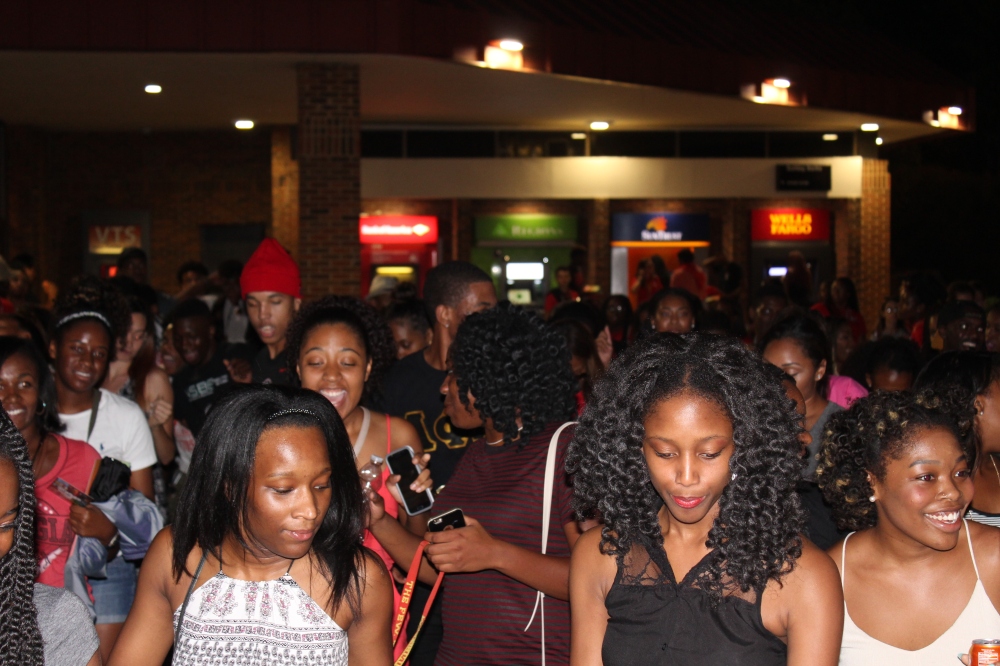 Fifth-year theater major Raven Gibson highlighted the progression that has occurred between BUGA and Tate Time.

“Traditionally speaking, it sounds like the kind of thing that is for black students exclusively, but now, as it’s evolving, you see more and more people coming into the social folds,” she said.

“Tate Time” functions as a place where black students can be themselves and also attach their names to something they can call their own.

“It’s easy to get lost in this place and it’s easy to be far away from home and feel like you don’t have anybody to talk to or anybody to relate to,” Nelson said. “It’s important to have that network around of students that are going through the same things as you.”

For students in BUGA, going to “Tate Time” allows for an opportunity to see a familiar face, which provides a sense of home for minority students. This sense of home doesn’t always come easy said fourth year Mass Media Arts major, Jamari Jordan.

“When I go into a classroom and I’m the only black male in a 300-person class, it’s hard to feel at home,” he said.

To effectively understand Tate Time’s importance, imagine a college town hall where topics range from anything as menial as a new sound cloud song released by two students to topics as serious as the #blacklivesmatter Twitter campaign.

Although many students view Tate Time as an all-inclusive resource, there are others who avoid Tate Time because they feel like they don’t belong, similar to how fourth year Digital Broadcast Journalism major, Jasmine Calhoun felt when she first arrived.

Calhoun transferred from Baylor University and compared her experience between the black populations of both schools saying that the black population at Baylor was more accepting up front. After some time, Calhoun did feel accepted by BUGA, but still does not consider herself to be a part of the group.

This constant duality that occurs amongst students extends to social media as well, especially on Twitter.

Twitter is a place where one can come and make a conscious choice each time you open the app for what kind of tweeter you will be.

Some people focus on politics and world news. Others are sports junkies, music lovers, those who participate relationship talk 101, and people who are there to gain retweets and make people laugh.

Within the past few months, there have been numerous news articles about “black Twitter” and its impact on the social media world. For BUGA, “black For BUGA, Twitter is basically the social media version of Tate Time. It is where students can connect and express themselves with on any topic they choose.

For a lot of people, Twitter is the first introduction to BUGA.  Many students meet each other as they transition from high school to college and find themselves being immersed into BUGA.

One aspect that must be mentioned about BUGA’s use of Twitter is its negative connotation. BUGA can be sometimes categorized as a group that “throws shade”, or that attempts to publically criticize or embarrass people. In life, as with BUGA, sometimes the negative gets more attention than the positive.

As a collective, throwing shade isn’t a focal point of BUGA; however, there are times when it is magnified on Twitter, because of the large number of people who interact on the same medium. Throwing shade is definitely a stereotype of what BUGA does.

But, it is just that—a stereotype, because although there are portions for which this is true, it does not apply for the entire population. 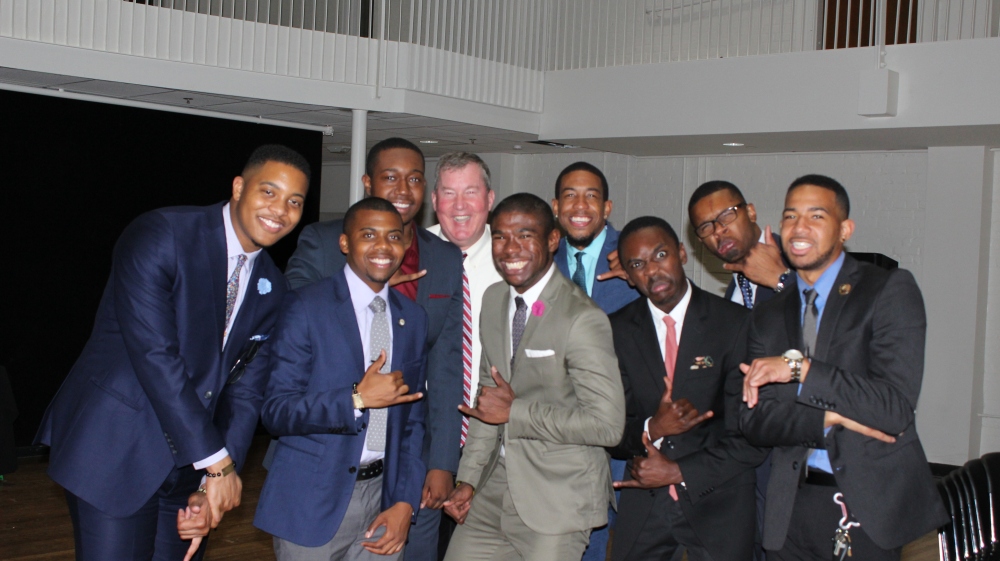 Black organizations are very dominant on Twitter. Different orgs advertise events, seek to gain membership, and promote themselves through the medium. In fact, one of the most common ways that students know and interact with one another in BUGA is their organization affiliation.

Greek life is also important to BUGA. NPHC (National Pan-Hellenic Council) fraternities and sororities are important pillars in the community for BUGA because they throw programs, parties, and attempt to fulfill their overall purpose for which they were established, which is to help their communities.

In BUGA, the Greek fraternities and sororities often give students platforms to express themselves concerning social issues and by throwing social events that allowing for people to meet and mingle.

“I like to think of the fraternity and sororities as the gatekeepers of BUGA,” Jordan said. “They are our social aspect. I think they are the main people who are in charge of keeping BUGA traditions alive.”

This causes an increased burden and responsibility on the shoulders of those who are Greek to keep their community strong and thriving. Stephen Williams, spring 2014 initiate of Omega Psi Phi fraternity, Inc. faces these struggles every day.

“Some of the challenges I face being Greek is having to represent the chapter 100 percent of the time,” Williams said. “I know the letters are on my chest all the time, and that wherever I go and whoever I meet, I am a representation of my chapter.”

Over the years, Greek life has its moments where it is in full effect and others where there are lulls.

Williams believes that an increase in chapters and membership is the answer to restoring the luster of Greek life.

Many students aspire to obtain membership in sororities and fraternities based on family ties, sharing the same values and ideals of the fraternity or sorority, or simply just wanting that popularity that may come with it.

All of these things may cause tension between non-Greek and Greek students, but overall the dynamic between both groups is largely positive.

“I do believe that there could be a little tension, but more so in the fact that there is two sides, Williams said. “With some of the students who are interested in becoming Greek there is a certain anxiousness and nervousness when they are speaking to the Greeks, but that’s all about your presentation and being nervous when you are meeting important people. It’s to be expected.” 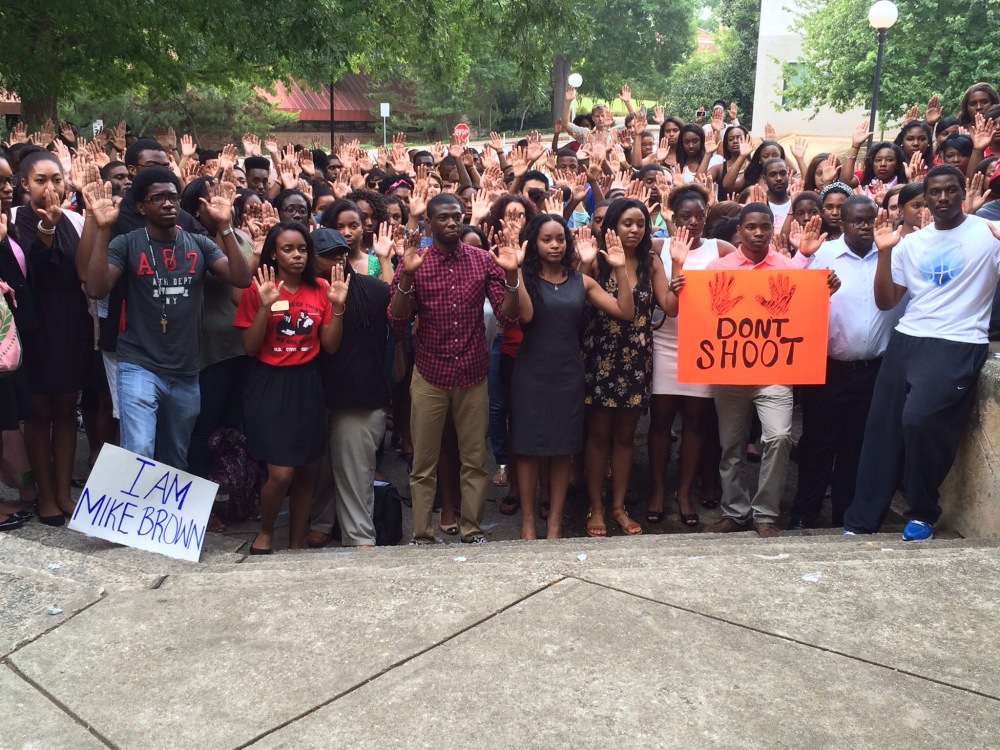 BUGA is not an organization or a group one can join. It is a large group of people that come together by association.

Yes, there are tensions between black students and students identifying with BUGA. No, everyone’s definition of BUGA is not the same.

For Jordan, every single black student at the University of Georgia is in BUGA. For students like second year Kyla Brinkley, BUGA is two fold and doesn’t necessarily include all blacks.

“On one hand it serves an informal social purpose that students largely participate in, but on the other, it allows you to participate in organizations and to make a difference in the community as you choose,” she said.

Whether you are in BUGA, a white student, or President Morehead, it is important for people to understand BUGA and to know that this group exists here at UGA and has aspects that all students can relate to on some level.

The only way to understand BUGA for yourself is to seek knowledge. Decoding an acronym will only tell you what it stands for. If you want to know the real meaning of something, you have to actively seek to understand.