The college football regular season is rapidly approaching, and as usual intrigue surrounding the University of Georgia has reached a fever pitch. UGA is a perennial contender, always in the mix when the season starts, but that has yet to coalesce into the results the Bulldawg Nation so craves, as the team hasn’t won a national title since 1980, and hasn’t even won an SEC championship since 2005, the last time before last season an SEC team wasn’t represented in the national title game.

This team figures to be one of the more interesting in recent memory; in some areas, the team is as strong as it’s been in years, but uncertainties at some positions threaten to undermine those strengths. Here are ten pressing questions that will be key to the fates of this team, with the first concerning the most urgent of the aforementioned uncertainties: 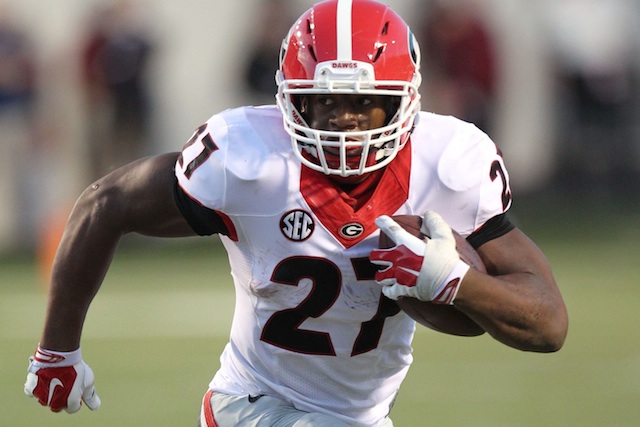 Chubb continues a long line of UGA running backs to attract Heisman hype, but how serious are his chances?

The sophomore halfback only started eight games last season, but that was enough time to rush for a jaw-dropping 1547 rushing yards and 14 touchdowns, culminating in a dominant 266-yard, two touchdown performance against a stout Louisville defense in the Belk Bowl that sent pundits and fans alike onto his bandwagon in droves.

But can Chubb succeed where Gurley, Moreno and others have failed? Well, there are obstacles. The Heisman conversation seems to have experienced considerable quarterback favoritism as of late, and with only a few games against truly relevant competition, Chubb will likely have to run rampant against the lesser touted teams in order to have a chance.

That being said, there is no definitive quarterback with a hold on the early race, and with UGA’s own quarterback situation uncertain, Chubb looks poised to get the ball early and often. Chubb himself seems disinterested in such hype, but the truth is, if he plays anything like last year, he as every chance to bring the Heisman back to Athens. 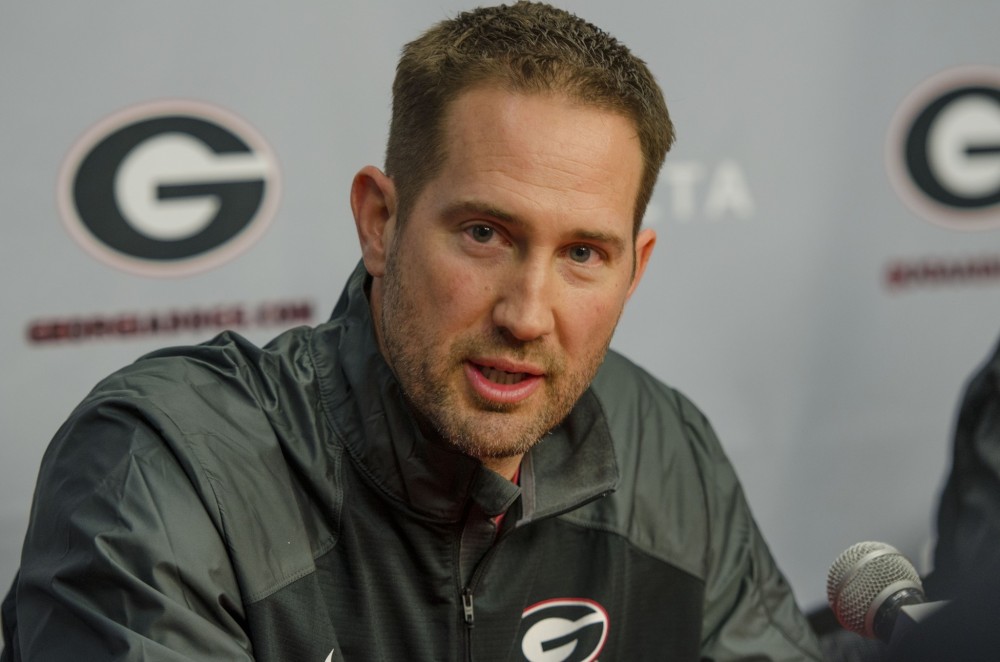 The answer to this question is a little complicated. Schottenheimer is the former offensive coordinator for the New York Jets and the St. Louis Rams. Neither team has been particularly known for their potent offenses during his tenure as coordinator (he barely escaped presiding over this), but to be fair he has had to work mostly with Mark Sanchez and Sam Bradford — or worse — during his time.

Still, Schottenheimer is known for employing rather conservative play-calling, with little emphasis on throwing the ball downfield, as the Jets and Rams teams he coached attest to. With that in mind, the answer to the question, “How different will Schottenheimer’s offense be from Mike Bobo’s?” might be, “Not so much.”

That being said, there is some optimism: Schottenheimer’s most effective offenses utilized an above-average offensive line and a bulldozing runner. Sort of similar to this.

The question doesn’t exclusively pertain to Georgia’s rich crop of running backs. Basically, who will emerge from relative obscurity to become a budding superstar this season?

An easy answer would be Leonard Floyd, the athletic junior outside linebacker who tallied 55 tackles and six sacks last season, but he has already gained notoriety heading into the season, landing on several preseason award lists.

The next potential diamond in the rough actually lines up opposite Floyd. With 41 tackles and 4.5 sacks of his own last year, Lorenzo Carter flashed plenty of promise, but there is reason to believe he has more to show.

With a stellar defensive line and a more experienced and recognizable Floyd on the other side of the field attracting attention, Carter has a chance to rack up even better numbers, and possibly a national profile.

UGA is a favorite for good reason. But NOTHING. IS. GUARANTEED. Especially for this football program.

The answer is…once again complicated. As last season’s national champions displayed, an early slip-up won’t be as crushing as it was in the BCS era, provided a team runs the table and doesn’t lose that one game in crushing fashion. When/how you lose that game is probably as important as when you lose.

Obviously, losing to Alabama will be less damaging in the committee’s eyes than losing to Georgia Southern. If the team does lose to one of the upper-tier teams on the schedule, they can still recover if they win the SEC title.

Now, the answer to two losses will almost always be no. There are just too many teams that will be conference champions with one loss or less. There once was a factor that may have allowed for two losses, but it may not exist anymore, and that leads to the next question: 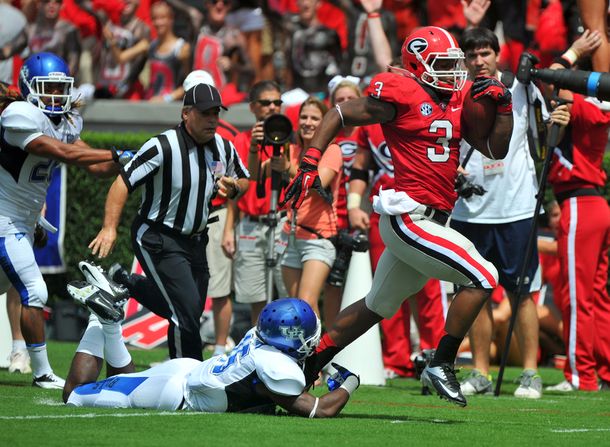 SEC bias is the idea that the Southeastern Conference, of which UGA is a member, is superior to the other conferences, and that in playing against superior talent, wins against other SEC teams are more impactful and losses within the conference are less damaging because of said superior talent.

This ideology largely came from the SEC’s seven-year streak of BCS championships. The streak ended when Auburn lost to Florida State in the last BCS title game, and the SEC fell yet again last year when No. 1 seeded Alabama was defeated by eventual-champion Ohio State.

These losses have sparked debate of if the SEC was aided by media bias that impacted the polls that influenced the BCS. These questions may never be answered, but the playoff committee seemed to satisfy the entire country rather than just the Southeast last season, so Georgia will likely have to earn their way into the playoff.

The Bulldogs’ schedule has been a big topic of discussion; some believe it does not have enough teeth to help their playoff chances. There are several exceedingly winnable games, but there are also several legitimate challenges.

While SEC bias may no longer exist (if it ever did), the conference garners enough respect that the SEC champion should get the benefit of the doubt. That being said, UGA likely can’t afford to see their schedule as Alabama & everyone else anyway, especially among SEC teams; rivalries tend to bring the best out of opponents.

8. Who will be the “trap game”to watch out for?

A trap game is loosely defined as a game against an inferior opponent before or after a more touted opponent that teams often fall victim to. UGA’s trap game last season technically didn’t qualify because it had already been eliminated from SEC championship contention, but the team has been especially susceptible to such games in recent years.

So who will qualify this year as the team to watch? On Oct. 17 UGA will face reigning SEC East champion and current no. 24 Missouri with a chance to grab hold of the division. But that game will be significantly less relevant for the Bulldogs if they lose the week before in Knoxville to Tennessee. The team hasn’t been relevant in years, but they always seem to find a way to play UGA down to the wire, so the game will definitely warrant caution.

We’ll start to have an answer to this question on Sept. 5, when the Bulldogs start their season at home against Louisiana-Monroe.