University of Georgia football made headlines yesterday when it was announced that University of Virginia quarterback Greyson Lambert would be transferring to the school. Graduating this summer, Lambert will have two years left of eligibility and can play immediately.

Lambert has now entered his hat in what was a three-man race for the starting quarterback job this fall between junior Faton Bauta, sophomore Brice Ramsey and redshirt Freshman Jacob Park. But just who is Greyson Lambert?

A native of Jesup, Georgia, Lambert played his Friday Nights under the lights at Wayne County High School. A 4 star, pro-style quarterback, Lambert committed to Virginia over Alabama, Clemson, Georgia, Miami and South Carolina among others. Last season, he started in nine of 12 games; completing 59% of his passes for 1,632 yards, 10 touchdowns and 11 interceptions.

–The first thing that stands out about Lambert is his size. At 6’5 220 lbs., he has prototype NFL size which will suit him perfectly in new offensive coordinator Brian Schottenheimer’s system. He has very deceptive athleticism. He’s shown multiple occasions that he has the ability to get outside of the pocket and make plays with his arm; especially on the run.

Though he’s not an elusive runner, he has straight line speed that combined with his size, makes him difficult to bring down. Without many offensive weapons, Virginia’s short pass offense wasn’t very conducive to Lambert’s strengths: mid-to-long range passing.

This should change at UGA, with a platoon of speedy, playmaking receivers and a desperate need to expand the vertical passing offense.

What may be Lambert’s greatest strength is his experience. Of the three quarterbacks on the UGA roster, only Ramsey has any meaningful game experience when he filled in for then starter Hutson Mason in this year’s Belk Bowl.

Lambert is coming in with 16 games in the ACC under his belt, starting in the majority. With Georgia chasing a SEC title this year, a veteran quarterback could be the best option heading into fall.

-The turnovers are very alarming. Coming from a very simple pass offense in high school, Lambert has had extreme difficulty transitioning to college coverages. Most of these turnovers came in crucial moments for Virginia and were the difference between winning and losing games.

He has also show a tendency to not put the proper touch on the ball, ironically in his area of strength: longer throws. There are instances where receivers have to come back to underthrown passes, stop their routes to catch passes or make spectacular catches that shadow a poorly thrown pass.

Perhaps the greatest con in the short term is time; he won’t be eligible to join the team until July, not too long before the start of the season. While the other quarterbacks have had the playbook for months prior and have gone through spring practice; Lambert will have to learn it while performing well in what will be limited reps to begin summer practice.

How he fits with the other QB’s:

Right now it appears to be Ramsey and Bauta as the two frontrunners with Park as a distant third. Ramsey has already beaten Bauta in one QB battle (last season’s backup role) and was the favorite heading into spring.

However, Bauta had the most impressive spring practice and is carrying heavy momentum into the summer. In all likelihood, Lambert will be splitting third team reps with Park to begin practice and work his way up from there. 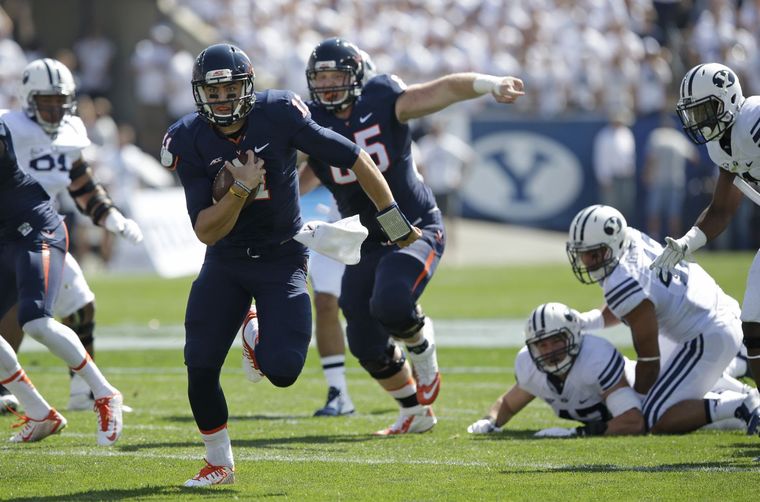 By no means is Lambert the saving grace for UGA football but he does have a lot of upside. He adds immediate depth to the team and if nothing else, his arrival has sparked a motivating fire in the current QB’s on the team to keep their current positions.

If Lambert can be coached up and limit the number of turnovers, his two best years of football may be ahead of him.