The NBA Finals finally start on Thursday night, and, as expected, much of the media attention has been directed toward one person, and his efforts to capture a third NBA title and the first for the Cleveland Cavaliers. Standing in his way are the Golden State Warriors, and the season so far has suggested that maybe they should be the headline. 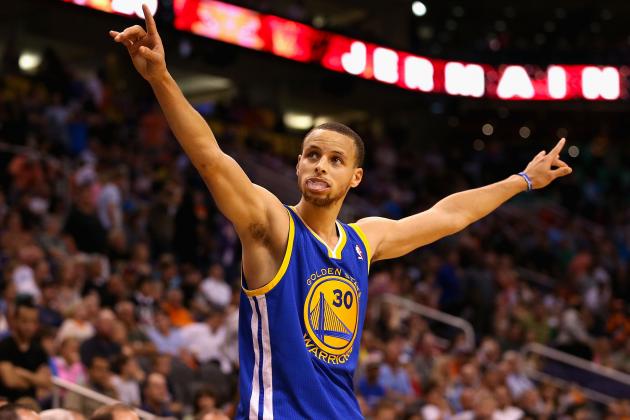 The Warriors currently stand as 10-19 series favorites, and for good reason. Golden State tied for the sixth best regular season record in the history of the league, and has followed that up with a 12-3 postseason record; FiveThirtyEight has gone as far as to proclaim them the third-best team in NBA history, championship pending.

Much of the hype centers on their world-class offense, which was just edged by the Clippers in offensive efficiency rating in the regular season and featured the fastest pace in the league by a sizable margin. They were also the top regular season defense, but any ambitions to bring the Larry O’Brien Trophy to Cleveland must start with slowing down MVP Stephen Curry and the Warriors.

But if it were that easy, their last three opponents would have done it. Golden State’s efficiency and pace have both slowed in the playoffs, but they lead all playoff teams in true shooting percentage and have still posted the second-best offensive efficiency rating in the postseason, trailing only – guess who – the Cleveland Cavaliers.

However, Cleveland does play in the Eastern Conference and they will undoubtedly have their hands full stopping what is easily the most dynamic offense they have faced to this point in the postseason.

So, is there any indication that the Cavaliers will be able to succeed where the Pelicans, Grizzlies and Rockets failed? If this were the regular season, the answer would be no. There were concerns before Kevin Love even stepped foot in Quicken Loans Arena that pairing another minus defender with Kyrie Irving would be too much for even James to overcome, and for much of the regular season that appeared to be the case. 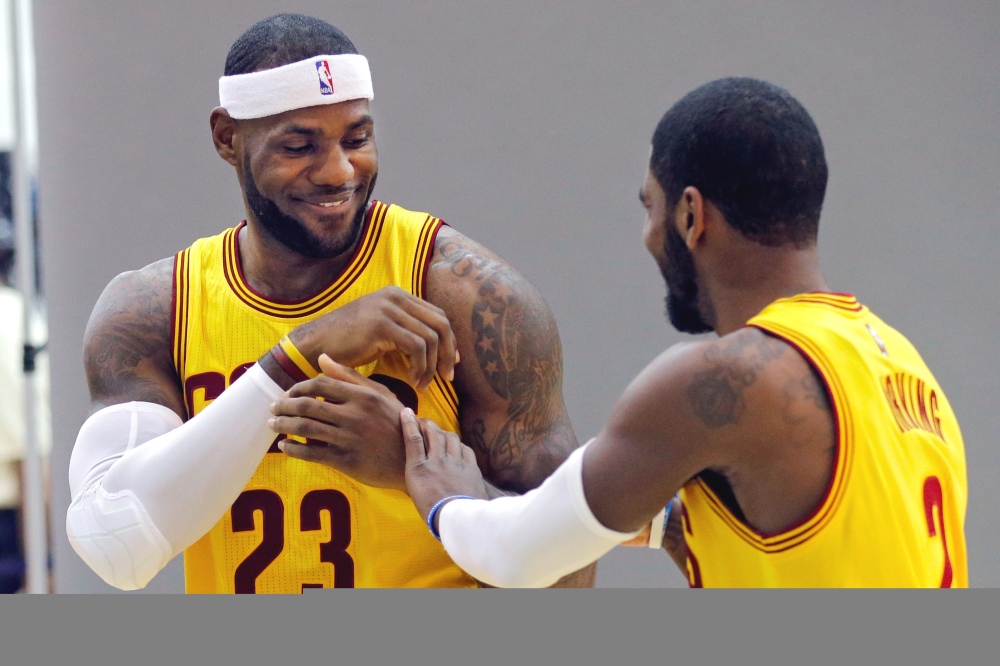 The Cavaliers ended the season just 20th in defensive efficiency, worse than all of Golden State’s previous playoff foes except for the Pelicans; in fact, Houston and Memphis both posted top 10 defenses. Their performance was actually better than many projected before the start of the season, but still wasn’t going to cut it if they wanted a title; nine of the past 10 champions have had a top-10 defensive efficiency.

Their response: in short, the Cavaliers got really good on defense. Cleveland has been the third-best defense in the playoffs, posting a defensive efficiency rating of 98.5, which is almost six points lower than their regular season mark, and is just better than the Warriors’ playoff mark.

There are several factors that may have contributed to this. One is simply increased intensity. It is common knowledge that most teams put more effort into their defense in the playoffs when the stakes are higher (unless that team is the Toronto Raptors).

More tangible factors are the emergence of Tristan Thompson as a defensive and rebounding juggernaut and their trade deadline acquisitions paying playoff dividends. Thompson has become a force in the postseason, most notably in the Eastern Conference Finals, where he dominated the boards and capably defended the paint.

Kevin Love was immensely valuable, but one silver lining of his injury for the Cavs is the removal of a defensive liability and an increased dependence on Thompson, who has exceeded expectations in an expanded role.

Meanwhile, the trade deadline (for once) might have been the turning point for a contender. Dumping the Immortal Dion Waiters and getting back J.R. Smith, Timofey Mozgov and Iman Shumpert might have saved Cleveland’s season, and more for defensive reasons than most would’ve initially anticipated. Smith will never be a defensive force, but he has held his own in Cleveland, and Mozgov has been an impressive rim protector.

But the most valuable acquisition might have been Shumpert, who has blossomed in Cleveland – playing with LeBron James tends to do that. His length and height give him the ability to guard all three positions on the perimeter, and his excellent defense of Jeff Teague helped throw a wrench into the efficient wheel that was Atlanta’s offense.

Shumpert’s defensive efforts might help to remedy the biggest defensive question mark for Cleveland: where can they hide Kyrie Irving? His defensive deficiencies are well documented, and while he has improved this season, leaving him to face Steph Curry, especially if his injuries are still significant, is sending a lamb to the slaughter.

There are a few options for David Blatt. He can play Shumpert more; he will easily be the most formidable defender not named Tony Allen that Curry has faced up to this point in the postseason. He can send Irving and another defender to trap Curry to force passes and make another Warrior beat the Cavs. He can play heavy zone.

It is probable that Irving will be hidden onto another player at least some of the time to keep Curry from eviscerating him all series. The problem is that the Warriors are essentially hide-proof; Klay Thompson can be just as dangerous as Curry at times, and while Irving is tall enough hypothetically to guard Harrison Barnes, he will likely have a hard time on defense no matter who he’s matched up on. His best bet is to hope that this series features heavy doses of Andre Iguodala.

The bottom line is, as great as Cleveland has been on defense, their opponents have been just as disjointed offensively; Chicago has had a broken offense for years, and injuries warped Atlanta’s machine. This is easily the most formidable offense they have faced. Will they be able to get enough stops on offense to bring a title to Cleveland? We’ll find out Thursday.