It was November of 2007. My beloved UNC Tarheels were the number one ranked team in the country and they were ready to begin our basketball season in pursuit of our second National Championship in 4 years. I was excited.

Psycho T, Ty Lawson, Wayne Ellington, Danny Green, Marcus Ginyard and Deon Thompson were all coming back. There was no way we weren’t gonna win it all. I came home from school and literally sat on the couch for 3 hours until the game came on ESPN at 7.

That night I became a believer. See, that opening night we played the Davidson Wildcats. In the pregame coverage, there was a little discussion about a sophomore guard who had made a little noise in the SOCON last year as a freshman. He was the SOCON Freshman of the Year, a All-SOCON first teamer and the son of an NBA sharpshooter.

Naturally, I didn’t pay much attention because he went to Davidson and I thought Tyler Hansbrough was the second coming of Jesus Christ. This should be an easy win. It wasn’t. Davidson scared the shit out us and I found out that sophomore guard’s name was Stephen Curry, and he was the real deal.

He didn’t shoot a great percentage, but his sheer confidence and outrageous shot making ability made me a believer as he shot his way to 24 points in a 72-68 loss to the top ranked Tarheels. From that point, I followed that Davidson team up until the NCAA tournament where they made one of the greatest Cinderella runs I’ve been alive to see.

CurryMania had started, and though I knew he’d be a good NBA player, I never thought he’d make it to this level.

As you’ve probably heard by now, Curry came out of high school with no major D1 offers. The only major school that showed any interest was Virginia Tech, his father’s alma mater, and they only wanted him to walk-on. He decided to go to Davidson and the rest is history.

No doubt a great story, but many people forget that Curry’s career was almost derailed by a slew of ankle injuries in his 2nd and 3rd seasons. Even after finishing second in ROY voting in his rookie year with averages of 17.5 points, 5.9 assists and 4.5 rebounds, people started labeling him a bust due to his injury prone ankles.

What looked like a promising career was slowly becoming another tragic tale comparable to the likes of Greg Oden or Brandon Roy. However, three excellent, injury free seasons later and he’s the NBA MVP, the league’s most fun player to watch and arguably (not much to argue) the greatest shooter the game has ever seen.

He led a team with a rookie head coach to one of the historically great regular seasons and commanded an offense that ranked number one in the league while improving his defense and moving from a liability to an asset for the number one ranked defense in the league, not to mention he led the league in steals too.

He broke his own record for three pointers made in a single season and now has three of the top 5 shooting seasons of all time, and this was only his 6th year in the league. He’s rapidly becoming the new face of the NBA, and why shouldn’t he? 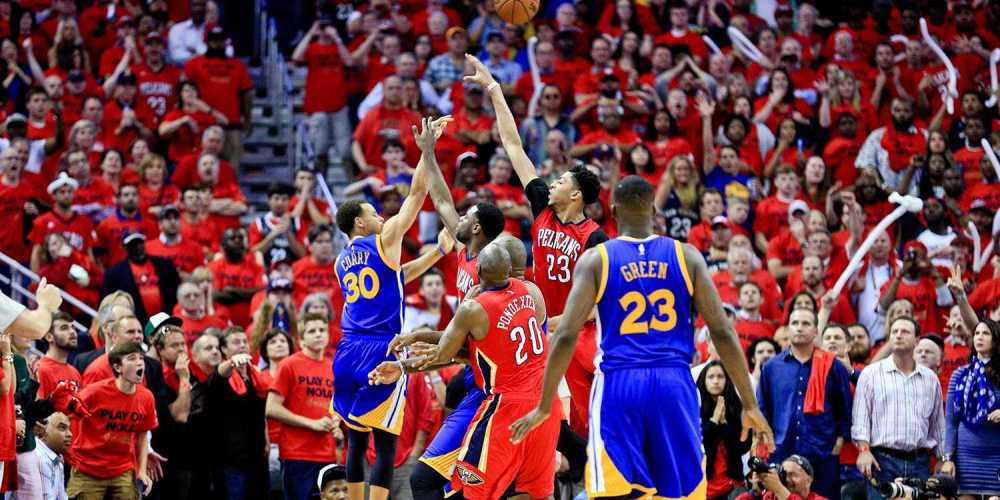 He’s humble but confident at the same time. He’s unselfish but not afraid to pull up from 30+ feet if he’s feeling it. He’s modest, but always willing to put on a show. He’s probably the most marketable superstar right now, plus his daughter is a superstar in her own right.

He had one of the highest selling jerseys in the NBA this season and somehow managed to make an Under Armour basketball shoe a hot commodity, with Curry One resale prices reaching up to $350.

You won’t find any other NBA player on SportsCenter’s top 10 and on your timeline with his wife in a tweet that says #RelationshipGoals. #CurrySZN is in full effect and it’s well deserved.

Welcome to the NBA Finals, Mr. Curry. Every NBA player’s dream accomplishment is to hold the Larry O’Brien trophy over his head, and now the scrawny point guard from Charlotte Christian School who everyone thought couldn’t contribute at a major level is four wins away from achieving that goal.

This same kid, a career underdog, once again finds himself in that all too familiar position even after his remarkable MVP season and playoff run. Here he is with a chance to shut everyone up for good, head to head against one of the greatest superstars the game has ever seen, for all the marbles.