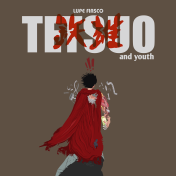 Anyone who is familiar with Lupe Fiasco knows exactly what to expect from one of his projects. Since his excellent debut album, Lupe Fiasco’s Food & Liquor, released in 2006, we’ve consistently received albums from him that are critical and conscious in regards to the society we live in. This album and his sophomore effort, Lupe Fiasco’s The Cool, were deservedly well received by those whose ears were open to hear his messages. It was a breath of fresh air to have the airwaves graced with a voice that seemed to be concerned about the well-being of his community. However, his career took a terrible turn when he released his third LP, Lasers. This LP was completely uncharacteristic of Lupe, and he has since acknowledged this and let it be known. There’s normally nothing particularly phenomenal about the instrumentals Lupe decides to rap over, but on Lasers he was drowned in disgusting electronic synthesizers and poppy choruses throughout its entirety. After a fourth released that was too average to mention, amidst petty Twitter beefs and controversial statements made to his fans, Lupe held his head high in the wake of his fifth album, Tetsuo & Youth.

One of the premiere concerns for Lupe after The Cool was his absence of discretion concerning how he presented his messages, and this absence was felt both in and out of the studio. Thankfully, on this project, Lupe has regained his footing and his ability to communicate to his audience in a manner that is neither pretentious nor overbearing. Actually, I would say that that is his greatest feat on Tetsuo & Youth. From beginning to end, Lupe communicates his points in a delicate, descriptive manner that forces you to be attentive to every line he drops. The songs are quite lengthy, but it’s befitting; Lupe has a broad canvas on which he can paint these scenarios.

And he does so marvelously. Lupe tackles a variety of topics on this album, from walking away from heartbreak in No Scratches, to the how dangerous the hood is to those who don’t live in it in Deliver. Singularly, the closest thing to a blemish on this project is Blur My Hands, but that’s because in comparison to the other tracks, this song is not as focused or refined. It also has a poppy feel, which will worry those who have listened to Lasers. Instrumentally, this album doesn’t deviate far from what one would expect from a Lupe album. As previously stated, there’s nothing particularly phenomenal, but there’s nothing worth defaming here. If anything, the instrumentals are understandably safe, since there are multiple 8-minute tracks, and they do a good job of looping well, preventing boredom. 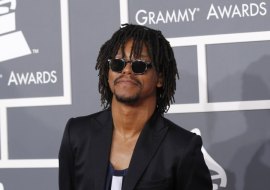 The album is split into four sections that serve as interludes: summer, fall, winter, and spring (although no songs follow the Spring interlude). There’s a bit of a different mood within the seasons as well, with summer being more gleeful and winter being dark and wispy, as represented by the instrumental. Given the title of the album and the sounds of children playing in the interludes, it’s reasonable to assume that Tetsuo & Youth is at least loosely based on the foibles of youth.

Lupe doesn’t flow as well as he did on his magnum opus, but he balances that out with far more conceptual lyrics than any of his previous projects. Still, he has one song on this album that seems to be wholly dedicated to showcasing his lyrical talent: the 9-minute Mural. This song may be the most well crafted Lupe song to date, when it comes to pure lyricism. With no chorus, he provides vivid imagery while displaying his capacity for assonance, alliteration, as well as some humorous punch lines. Dots & Lines is my personal favorite off of the album, as it features a wonderful melody and chorus, and the song has an overall positive message that it both introspective and secular.

Fall is hard to pick apart, as Body of Work and Little Death aren’t completely focused. However, in Prisoner 1 & 2, Lupe describes the confined life from both the perspectives of the prisoner and the correctional officer (Prisoners 1 & 2 respectively), with the sentiment of “the correctional officer is imprisoned by his insecurity and misplaced sense of power.” An interesting point of view, to say the least. In No Scratches, as aforementioned, Lupe presents us with various scenarios in which it is necessary to forfeit on a love interest in order to leave the situation without heartbreak, no scratches. The two intermediary tracks in the fall sector both have nice instrumentals, and though they are not as focused, they are still lyrically deft and are far from throwaway records. 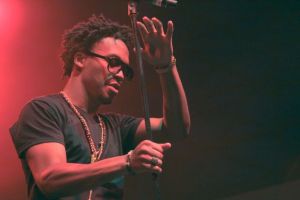 Conceptually speaking, winter is definitely the best section of the album, and also the longest. It chronicles the more devastating aspects of living life in the hood. With Chopper, a posse track, the misuse of funding in the hood is the general motif. With a slightly critical vibe, most of the rappers on this track discuss how their careless and frivolous activities. Madonna and Adoration of the Magi together depict the life of a mother and child in the hood, respectively. In Madonna, he praises the hard work of the mother who has to work hard and live in constant fear of her children’s well-being, and ends rather tragically. The chorus on Adoration of the Magi sums up the track rather well, by insinuating that the very act of being born in the hood will force you to be conditioned. Both are rather substantial and gripping messages, that are drawn-out magnificently by Lupe’s lyrical capabilities.

Tetsuo & Youth isn’t without its flaws. Some of the flows Lupe takes on are very choppy, and there are certain points in the album where he tries to sonically breach his bounds (e.g. the auto-tune on Madonna). In an album that is so conceptual, tracks like Blur My Hands, Little Death, and Body of Work sort of break the spell of severity, so to speak. The beats serve their purpose, but none of them stand out, although this is more understandable given the length of the songs.

Still, Lupe managed to create his best work since Food & Liquor, and although his recklessness out of the studio has drawn much negative publicity, there is absolutely no reason for you to skip on this album. Well-weaved, well-crafted, and conceptually astonishing, Tetsuo & Youth serves its purpose of returning Lupe Fiasco to his former glory. Truly a job well done.