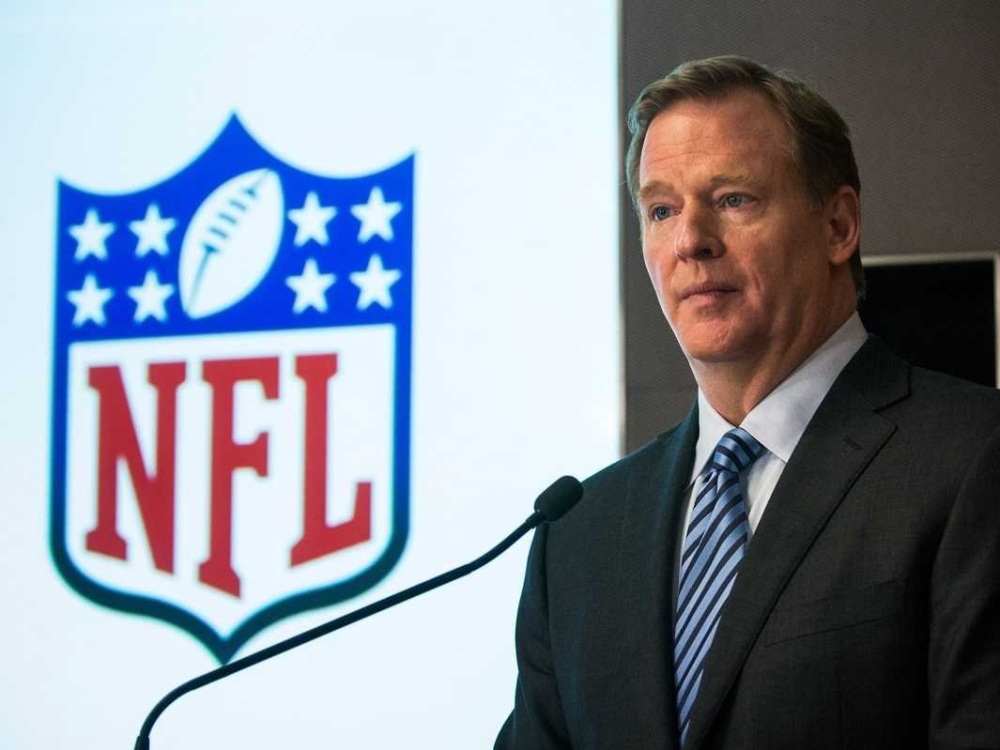 As the “dog days of summer” fade into the “cool nights of fall”, one of the best times in the sports year emerges. With baseball playoff races in full effect, football season just starting, and the NBA right around the corner, the focus across the country becomes general excitement for what is to come and optimism for their respective teams.

However, this is not one of those years. In the words of rapper Drake, the world of sports went from 0 to 100, real quick. World basketball championships, playoff races, and football season openers have been overshadowed by racism, abuse, and cloudy judgment across the nation. These misfortunes boiled over into the media frenzy that was September 8, 2014.

Not since June 17, 1994 have so many storylines played out at one time that have such an impact. June 17, 1994 was the day Arnold Palmer played his last round of golf at the US Open, the New York Rangers held a parade for their Stanley Cup championship, the New York Knicks and the Houston Rockets began the NBA Finals and OJ Simpson took LAPD on an iconic police chase.

It was on this day, September 8, 2014, that it was revealed Atlanta Hawks general manager Danny Ferry was the domino that put the racist email scandal by then owner Bruce Levenson in motion by an offensive scouting report of free agent forward Loul Deng.

On this day, the NCAA lifted the astronomical sanctions on the Penn State football program for covering up the decade long child molestation scandal by former assistant coach Jerry Sandusky.

On this day, we saw the career of all-pro running back, Ray Rice, broken to pieces after the video of him knocking his wife unconscious on an elevator surfaced. His contract was terminated by the Baltimore Ravens and he was soon after suspended indefinitely by the NFL.

Stories like the number one overall pick in this year’s NFL draft, Jadeveon Clowney, missing the next 4-6 weeks due to surgery, perennial Pro Bowler Robert Mathis missing the season with a torn achilles, and the health of star quarterback Cam Newton have been washed to the wayside.

As the facts of these three cases are still being brought to light, there seems to be one central theme that connects them together; those in authority who are entrusted to do the right thing have failed us all.

In each case, if the highest officials would have acted on each situation in a correct manor from the beginning, there would not be a need for this negative coverage now. It’s now time that we look to the leaders of these major business’s and ask them why they didn’t act appropriately as they ask that of their employees.

In the case of now former Hawks owner Bruce Levenson and current general manager Danny Ferry, they aren’t guilty of being racists. I actually wouldn’t call them that, but they are two men that were distasteful and showed bad judgment.

Danny Ferry played in the NBA for 14 years and has spent over a decade with the Spurs, Caviliers and Hawks organizations as an executive. He has undoubtedly interacted with people of all races and backgrounds.

Why would he have felt the need to first, even state that Loul Deng “has some African in him […] he’s like the guy who would have a nice store out front but sell you counterfeit stuff in the back”, secondly, present that in front of the other executives?

It’s clear that in that moment, Ferry lacked professionalism and proper judgment. He not only offended Deng but other front office members as it came out late Monday night that co-owner Michael Gearon Jr. asked Levenson to terminate Ferry’s contract.

This fact is double-damning on the part of Levenson. He didn’t discipline Ferry in-house when he had the chance (which prompted the investigation).

He wrote the infamous email that came down to a couple of core points: black people arrive late to games, don’t cheer as loud or spend as much, the audience is so black that it is in fact scaring away white customers, the Hawks need to attract a different demographic than the one they currently have.

I have no problem with wanting to maximize profit as the Hawks lost the 5th most money in the NBA last season in basketball operations ($23.9 million), but he went to great levels to stereotype and disrespect the few loyal fans that attend the games now.

The selling of the team just gives him an escape route as he can quietly leave out the back door unlike his former fellow owner Donald Sterling. The Hawks had trouble attracting high-value free agents in the past and good luck attracting them moving forward.

On to the NCAA, they are guilty of doing the right thing, but after the fact and to the wrong people. They have been doing this for years, athletes and coaches mess up, the NCAA finds out years later and criminalizes and punishes the current players and coaches who had nothing to do with the incident.

Recent examples include USC with Reggie Bush, Tennessee with Lane Kiffin and Ohio State with Terrell Pryor and Jim Tressel. Most recently was the scandal at Penn State University, at the time it was seen as the biggest collegiate scandal ever.

In 2012, it was discovered that under the watch of head football coach Joe Paterno, school president Graham Spanier, vice president Gary Schultz and athletic director Tim Curley, child molestation by former assistant coach Jerry Sanduksy was being covered up for 13 years.

The NCAA responded with the harshest penalty ever handed down. Four year bowl ban, $60 million fine, loss of 10 scholarships per year over a four year span, all wins during this time were vacated and any player who wished to transfer could do so and immediately compete without sitting out for a season.

Paterno soon died after and the school officials were removed from their positions and are currently awaiting trial for their role in the matter. The NCAA has ruled to overturn these sanctions aside from the fine and Penn State is now eligible for postseason play this season and full roster for the next.

It took two years, but NCAA president Mark Emmert realized the mistake he made then and has been making for years. He stuck his nose in a place where it didn’t belong; this was a criminal case not a NCAA case. It’s likely that as the case played out, Paterno would have been fired by the school, the officials would have been charged and the sanctions would not have been needed.

I agree that that the fine was necessary as it went to aid victims of child abuse but that’s where the line should have been drawn, to punish the players/coaches who had no knowledge of the situation was over-stepping his boundaries as president.

All we can hope for now is that the NCAA has seen and learned the severe effects of these sanctions on programs well after the fact and will do a better job in the future of monitoring, investigating and making better judgments when it matters most.

Last and certainly not least, the atrocious situation that is Ray Rice. We all know the situation. Ray Rice assaulted his wife in an elevator, only to be suspended two games by the NFL until the video of the assault surfaced and he was soon after released and suspended indefinitely.

I have a problem with this recent series of events on several levels. First, we must acknowledge that all sides involved: the NFL, the legal system, the Ravens, and Ray Rice failed. The NFL failed to get it right the first time by giving a minimal two game suspension, and then setting a new rule due to bad reaction from the public, completing a hollow investigation that apparently didn’t include the video but did include an interview with Goddell and Rice’s finance while he was in the room and the eventual re-suspension.

I just have a hard time believing that the NFL and all of their resources saw that video for the first time as everyone else did. At least I hope they hadn’t seen it before, the suspension is hollow if it came because of shock value. The Ravens failed by enabling Rice throughout the process.

He was never suspended by the Ravens but in fact was adored; a tribute to him was posted on the team website and he was allowed to participate in all team events during the preseason. It almost seemed as if they were okay with what the NFL did until of course the video comes out and all of a sudden they can’t tolerate having him on the team like they weren’t defending him weeks before.

Ravens, stick to your guns, either you stand by him from the beginning to end or you don’t. If the act was heinous to you enough to release him, you would have without the video. This raises an important question, why wasn’t the team president, CEO or general manager out with head coach John Harbaugh during the Ravens press conference after releasing Rice?

How did Rice go from felony assault charges to just pre-trial counseling to having the charged removed from his record? I have no doubt that Ray Rice will play again.

He’s an incredible talent and we’ve seen players go through similar trouble and still have jobs today (see Pacman Jones) but it cannot be until he completes a certain amount of anger management rehab and partners with organizations dealing with domestic violence.

The NFL, the Ravens nor the law can enable him anymore. On all sides, this was a miss-management of epic proportions that has put a major dent into the credibility of all parties involved.

As I conclude, I issue a challenge to all high ranking officials of major corporations and the general public. To the officials, act like the person that you want your employees to be. Hold yourself to a higher standard, stand by your word, and do the right thing when the opportunity presents itself to avoid having to cover your mess later.

To the general public, it’s your responsibility to act when you feel like wrong has been done. Boycott the games, merchandise, etc. until you see the changes you want, don’t enable the organization by cheering on the players and executives who are often times treated above the law.

What have we learned from September 8, 2014? That ALL of us must do better, and we can only hope that we do